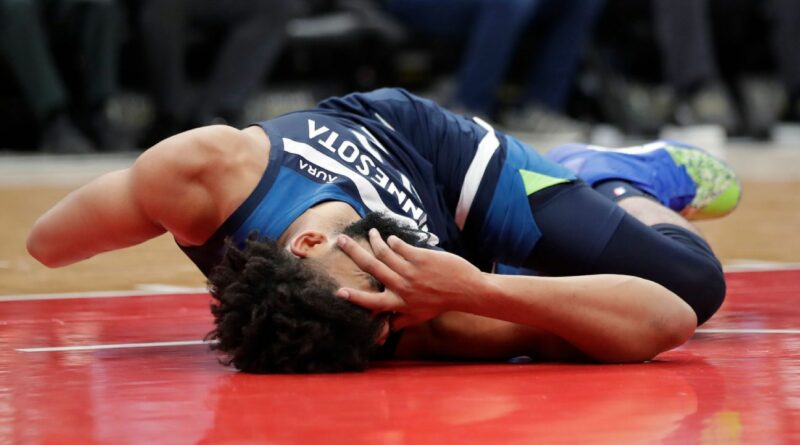 X-rays on the lower back of Karl-Anthony Towns came back negative Wednesday night, the Minnesota Timberwolves star told reporters.

Towns had to leave the game with 2:14 remaining after injuring himself on a dunk during the team’s 115-107 loss to the Washington Wizards.

Towns scored only two of his 34 points in the final period — and that was when he got free along the baseline for a dunk. After slamming the ball through, his momentum caused his body to fall horizontally, and he appeared to land on his tailbone.

“I feel better than I thought I was going to feel,” Towns said after the game.