Tennis babe Rachel Stuhlmann has backed the theory that 'staring at women's breasts' is good for your health.

The 26-year-old former pro player turned influencer has become an internet sensation, seemingly inspired by the efforts of golf equivalent Paige Sprianac. Golf's most famous influencer is famed for showing off her stunning figure to fans online, while also sharing tips and tutorial videos.

And the women dubbed the 'world's sexiest tennis influencer' has now publicly agreed with Spiranac on one very niche theory. The pair have implied that regular exercise shouldn't be top of the list of priorities when looking to improve physical and mental wellbeing.

The @Fact Twitter account sparked off the conversation by posting: "A German study concludes that staring at women's breasts for 10 minutes a day is better for your health than going to the gym." Spiranac was quick to agree.

"Follow me and you’ll hit your 2023 health goals. You’re welcome," she wrote, upon sharing the post. Stuhlmann then got involved by writing: "I can confirm this study. I’ve had several success stories."

The star's tweet certainly caught the imagination of her 58,000 followers, with @Lisb0n67 replying with "I’m suspect … but willing to give it a try," followed by a laughter enoji. @umphd added: "The two of you doing the Lord's work. Bless you."

Is Rachel Stuhlmann the sexiest woman in sport? Let us know in the comments section below.

The stunning brunette model, who played pro tennis at college level before swapping her focus into a career involving modelling and journalism, also boasts 247,000 Instagram followers. And before Christmas she wowed them with a snap that suggests she's prepared to practice what she's just preached.

Leaving little to the imagination with her outfit, she posted: "Happy Friday! What are you guys up to this weekend? It’s the holiday season and I have something so exciting to share with you all next week, I can’t wait!"

Her outfit in support of the USA football side at the World Cup also went down well with admirers. And Stuhlmann is likely to be active on the internet again this month, with the first tennis Grand Slam of the year, the Australian Open, getting underway on January 16. 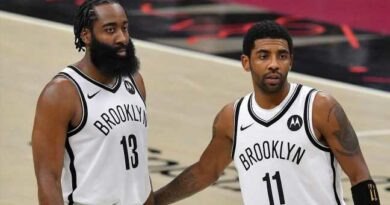