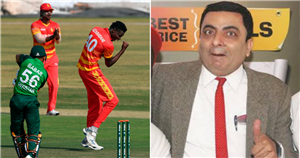 The upcoming T20 World Cup clash between Pakistan and Zimbabwe has seemingly become a grudge match after one Zimbabwe fan shared his anger over a bizarre Mr Bean lookalike.

In response to a tweet from Pakistan promoting the upcoming match, fan Ngugi Chasura raged about the time Mr Bean was apparently booked to appear at the Harare Agricultural Show in 2016 but a lookalike from Pakistan, comedian Asif Muhammad, showed up instead.

"As Zimbabweans we wont forgive you…you once gave us that Fraud Pak Bean instead of Mr Bean Rowan ..we will settle the matter tommorow just pray the rains will save you…#ZIMVSPAK," wrote the fan.

The fan also claimed the lookalike duped the event's organisers by pretending to be the real Mr Bean, a character created by legendary comedian Rowan Atkinson.

He added: "Because your fraud bean dupped us using rral bean's pictures claiming to be the one only to find out when he landed at the airport ..OMG he is just mr bean on a low budget".

The fan later shared an image of the lookalike, stating: "This is tha f*** called Pak Bean who imitates Mr Bean stealing peoples money". Video also emerged of the lookalike seemingly being given a police escort at the event.

He also appeared in several adverts back in Pakistan imitating Mr Bean, including a number where he starred alongside members of Pakistan's cricket team.

Fans were quick to make light of the situation, with some dubbing the upcoming match 'The Pak Bean Derby'. Another joked: "who is our ambassador to Zimbabwe? we need to defuse this Pak Bean crisis diplomatically ASAP."

"imagine ur grandchildren ask u why zimbabwe and pakistan are at war with each other and ur eyes glaze over as u start reciting pak bean lore", wrote another. While a third joked: "If no one goes to the game later dressed as Pak Bean then what's even the point."

Kyrie Irving unhappy after $25,000 fine for throwing ball into stands 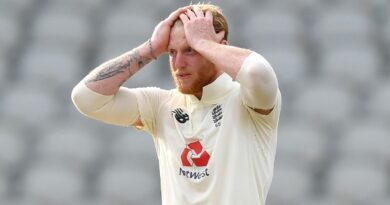 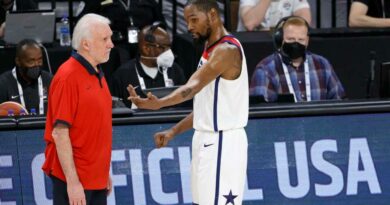