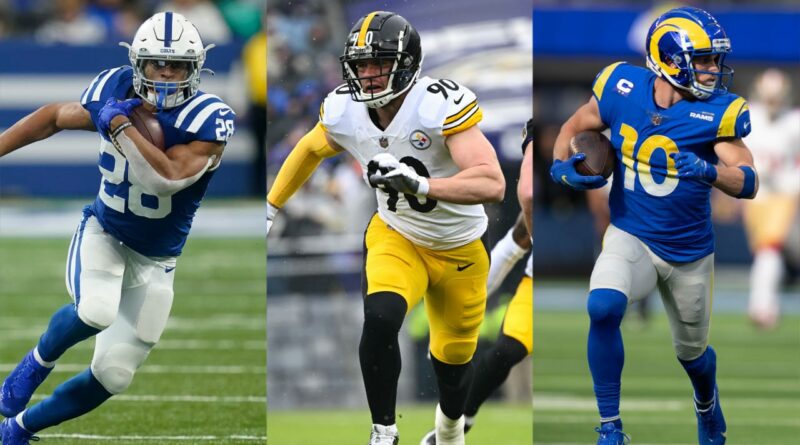 Joining the Rams’ Kupp and the Packers’ Adams in receiving votes Friday from all 50 members of a nationwide panel of media members who regularly cover the league are Colts running back Jonathan Taylor, Steelers edge rusher T.J. Watt, and Rams defensive tackle Aaron Donald.

While Donald is a perennial pick — the three-time Defensive Player of the Year makes the team for the seventh time in his eight pro seasons — Watt is on it for a third time. He tied the NFL record for sacks with 22 1/2. Adams makes it for the second time, and the other two are newcomers as All-Pros. Kupp led the NFL in receptions (145), yards receiving (1,947) and TD catches (16). Taylor was the top rusher by a landslide with 1,811 yards and scored 18 touchdowns on the ground, two as a receiver.

“Obviously, it’s an honor to be recognized, and it wouldn’t be possible without my coaches and incredible teammates, but the awards and accolades aren’t what drives me,” said Watt, whose Steelers play at Kansas City on Sunday. “It’s competing with and for them, this franchise, and this city, that drives me. My coaches and teammates are the people that put me in a position to make splash, help us win, and this recognition honestly doesn’t come without them.”

Like Donald, although not nearly as often as the offense-wrecking DT, several players are making another appearance on the All-Pro Team. Green Bay quarterback Aaron Rodgers is on for the fourth time, as is Philadelphia center Jason Kelce — one more than his brother, Chiefs’ star tight end Travis. One better than them: Dallas right guard Zack Martin and Baltimore placekicker Justin Tucker at five.

The Packers, Colts, Ravens, Rams and Cowboys each have three All-Pros. There’s an even breakdown by conference of 14 apiece.

The full roster can be found below.

Running Back: No selection