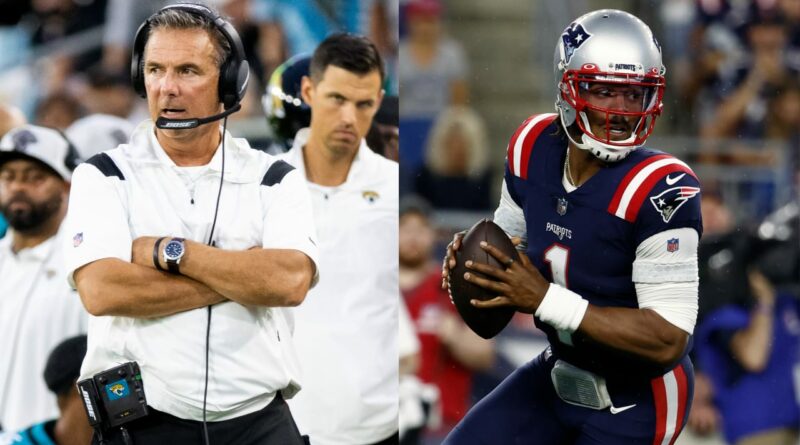 Itching to watch an underdog try to overcome the odds or triumph against adversity? Marc Sessler has a bead on 10 intriguing scenarios to track as the 2021 NFL preseason rolls into Week 2:

It’s an undeniable event on the horizon. At some juncture this autumn, Mac Jones will jog onto the field as New England’s starting quarterback. Week 1? TBD. I’d be shocked if we don’t see him by Week 3 after Cam Newton unspools a killer red-zone pick in front of a super-miffed Bill Belichick. The Athletic noted Monday that Jones has “closed the gap on Cam Newton almost daily” in practice. We saw the first-rounder look at home in New England’s preseason tilt with the Football Team. Jones showed off his accuracy and quick release and played a series with the starters — a telling decision by Belichick. The rookie is taking increased practice reps with the ones while riding an upward trajectory after a shaky first few days. Belichick called Cam his starter at the dawn of August, but the role feels entirely up for grabs.

Every conversation about the Broncos goes something like this: We love the defense. We love the loaded offense. This could be a playoff team if Denver had a better-than-shaky quarterback. It was encouraging to observe Lock’s work against the Vikings, a 5-for-7, 151-yard, two-score day that saw him throw decisively (averaging a meaty 21.6 yards per attempt). ﻿K.J. Hamler﻿’s electric 80-yard touchdown came off a Lock rope that arched nearly 50 yards through the skies into the wideout’s mitts. ﻿Teddy Bridgewater﻿ showed well, too, but Bridgewater wouldn’t be there if the Broncos felt total faith in Lock. We need to see much more from Lock than a shiny preseason debut — last year’s tape was a chore to the eyes — but if this is who he can be, Denver vibes as wild-card material.

While second-round wideout Elijah Moore has been the subject of a thousand glowing think pieces by Jets scribes, Denzel Mims — last year’s second-rounder — spent most of camp tumbling down the depth chart. His 32 offensive snaps against the Giants led all Jets pass catchers. You can view that in more ways than one — a bona fide star would be decked out in street clothes — but Mims made the most of his time, leading the club with 51 yards off three grabs, including a spicy 20-yard catch-and-run that saw him drag a flock of G-Men for extra yards to help set up a touchdown. With his job being questioned for much of camp, Mims took a first step toward hushing the noise.

It’s stylish to explain away preseason gaffes as meaningless summertime fare, but Sean Payton wasn’t thrilled to see each of his quarterbacks — ﻿Jameis Winston﻿, ﻿Taysom Hill﻿ and Ian Book — toss picks while a trio of Saints runners lost fumbles against the Ravens. Encouraging play from wideouts ﻿Marquez Callaway﻿ and ﻿Lil'Jordan Humphrey﻿ is helpful, but you don’t have to squint to see a New Orleans attack in total transition. The Michael Thomas drama has turned ﻿Chris Hogan﻿ into a potentially key figure — not a promising scenario in 2021. Their Monday night tilt with the Jaguars is begging for one of these quarterbacks to stand out inside an offense that will need to get next-level creative to score points come September.

It’s been a rough ride for C.J. Henderson, the second-year Jaguars cover man who missed the offseason and parts of camp due to injuries and a trip to the reserve/COVID-19 list. Soon after, his name was dangled as possible trade bait. Henderson, though, was a rare bright spot for the Jaguars in Saturday’s loss to the Browns. He looked at home in Joe Cullen’s new defensive scheme with two pass breakup and a near pick. Pairing him with Shaquill Griffin remains an enticing proposition, but it’s fair to question if coach Urban Meyer simply isn’t a fan of the overall Henderson experience.

Let’s stay in Jacksonville. When Meyer hit the scene in January, he minced no words regarding his offense, saying: “My vision … is to be the fastest team on the field.” No dice against Cleveland, with rookie passer Trevor Lawrence feeling the heat behind an underwater O-line. Meyer was piqued by the attack’s sleepy debut, which produced 120 first-half yards, complaining: “I don’t want to be one of those slow, wallowing offenses, and we’ll go and get that fixed.” From Lawrence’s shiny gifts to a better-than-perceived cast of skill players, Jacksonville has potential to make noise. Meyer’s grand vision, though, remains miles in the distance.

Lost among a flock of inspiring rookie-passer performances was an uneven outing by Minnesota’s third-rounder. Mond showed ability with his legs in picking up 25 yards off five dashes against Denver but looked out of orbit after missing extensive practice time on the COVID-19 list. “He was OK,” said a somewhat cranky Mike Zimmer. “I didn’t like when he tried to shovel pass the ball to whoever … He used his legs a couple of times. He just has to get moving a little bit quicker. Everything is in slow motion with him, and he’s going to have to improve that.” We’re not far removed from wondering if Mond could flat-out steal Kirk Cousins’ job, but that remains a fanciful delusion for now.

I can’t help but wonder if Michel will morph into trade fodder. ﻿Damien Harris﻿ emerging as New England’s clear-cut starter makes the former first-rounder expendable, especially if Belichick likes what he sees from rookie Rhamondre Stevenson, who looked spicy blasting for 127 yards and two scores off 10 carries against Washington. After Michel’s fifth-year option was declined, Pats fans are left pondering a sliding-doors scenario where Belichick and friends used the 31st pick of the 2018 NFL Draft on Michel’s Georgia teammate, ﻿Nick Chubb﻿, instead. If we see Michel playing deeper into these next two preseason games — starting Thursday against the Eagles — I read that as an audition for interested buyers.

It was notable to see Joe Judge keep four-fifths of his starting offensive line on the field for three series against the Jets. This on a night when most of Big Blue’s top-tier talent watched from afar. The results weren’t pretty. The foursome of Andrew Thomas, Nick Gates﻿, Will Hernandez and Matt Peart — joined by struggling reserve Kenny Wiggins at left guard — helped the offense manage just shy of 60 yards over three marches. Last year’s 31st-ranked scoring attack struggled from wire-to-wire behind a blocking unit Pro Football Focus ranked as the worst in football. It’s an embattled gaggle of beefy men to monitor Sunday against the Browns.

Johnson’s role in Houston’s packed backfield has been reduced to that of a third-down helper. Against the Packers, Phillip Lindsay handled first- and second-down duties with Tyrod Taylor on the field, while Mark Ingram was given the day off (a crystal-clear symbol he’s locked into a bigger role). “Obviously, as it’s going on, in the moment, it’s tough,” Johnson said of his reduced usage. His marvelous 2016 season — one of the more visually stirring campaigns in memory — feels 10,000 miles in the rearview. Suddenly one’s career: flittering in the wind.