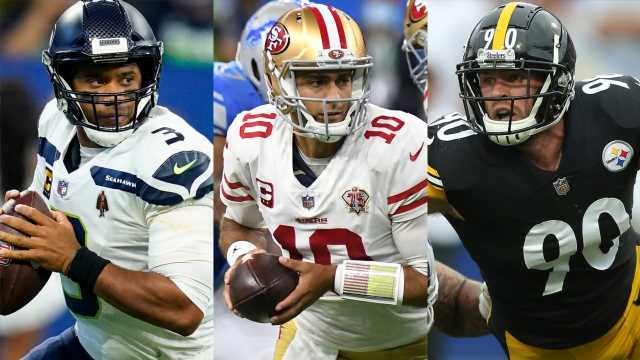 Around the NFL breaks down what you need to know from all of Sunday’s action in Week 1 of the 2021 NFL season. Catch up on each game’s biggest takeaways using the links below:

Next Gen state of the game: Jimmy Garoppolo was 6 of 7 for 200 yards and a TD on passes of 10-plus air yards

NFL Research: Trey Lance became the first QB to throw a TD pass on his first career pass attempt since Tim Tebow in Week 10, 2010 against the Chiefs.

Next Gen Stat of the game: The Steelers generated pressure without bringing extra defenders. Pittsburgh blitzed on just two of 54 dropbacks (3.7%), the second-lowest rate by a Pitt defense since at least 2016 — the Steelers blitzed on 39.6% of dropbacks in 2020 (third-highest in NFL)

NFL Research: T.J. Watt now has seven games with 2-plus sacks since 2019 (most in NFL, entering late games).