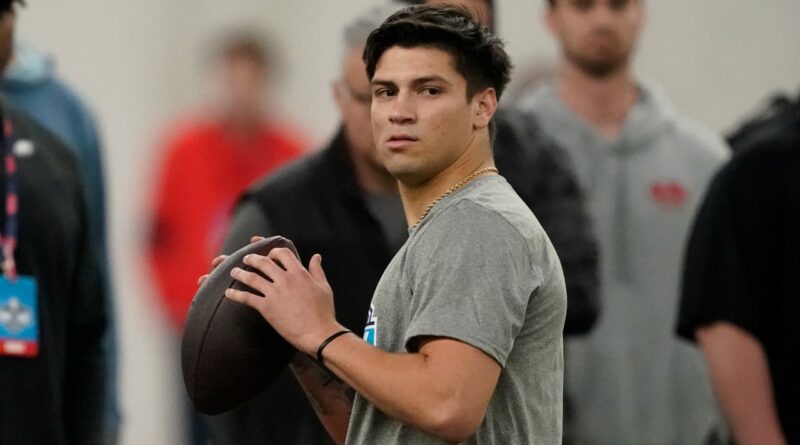 Tune in to NFL Network at 8 p.m. ET on Wednesday for Path to the Draft Pro Day Special: Ole Miss.

After Pitt’s Kenny Pickett and Liberty’s Malik Willis had their time in the pro-day spotlight earlier this week, it was Ole Miss QB Matt Corral’s turn on Wednesday. His highly anticipated throwing session wasn’t the only workout drawing high interest, though, as NFL decision makers flocked to the Ohio State campus for an up-close look at two of the top wide receivers in the 2022 NFL Draft.

Here are five takeaways from the events:

1) We finally got a chance to see Matt Corral throw, and he did not disappoint. Corral’s workout showed off his compact, lightning-quick release, and he let it rip downfield a few times, dropping one over the shoulder of his receiver, then placing a back-corner fade on the right shoulder of his target in a red-zone session. He was accurate for the majority of his workout and his athleticism was evident in the twitchy bounce of his footwork. Corral’s teammates didn’t always help him out, dropping a few catchable passes and running the wrong route on one snap, but all in all, the workout was solid.

2) Most importantly, Corral looked healthy. There weren’t any visible signs of limitations caused by the high ankle sprain he suffered in Ole Miss’ Sugar Bowl appearance, which prevented him from working out at the NFL Scouting Combine earlier this month. Instead of being hampered by the injury, Corral looked comfortable and confident, delivering on-target passes and moving with ease. That should alleviate, if not eliminate, any concerns about his health entering the draft.

3) A familiar, quarterback-needy contingency showed up in Oxford, Mississippi. GM-HC duos from Carolina (Scott Fitterer, Matt Rhule), Pittsburgh (Kevin Colbert, Mike Tomlin) and Atlanta (Terry Fontenot, Arthur Smith) were in attendance for Ole Miss’ pro day, per NFL Network’s Cameron Wolfe. Rhule was front and center, taking a close look at Corral throughout his workout, while Tomlin took some time to chat with Corral prior to his workout.

4) Two former Ohio State receivers confirmed what we already knew: They’re first-round talents. Chris Olave and Garrett Wilson stood on their 40-yard-dash times from the NFL Scouting Combine (Olave: 4.39 seconds; Wilson: 4.38), declining to run it again in Columbus on Wednesday. Instead, they were able to focus on route running and looked every bit the part. Olave reached out to snag a deep pass from C.J. Stroud, while Wilson ran an excellent comeback route to haul in a well-placed throw from Stroud, who was a Heisman Trophy finalist in 2021 but remains a season away from draft eligibility.

NFL decision makers in attendance included Green Bay GM Brian Gutekunst, Washington GM Martin Mayhew and HC Ron Rivera, Houston HC Lovie Smith and Tennessee HC Mike Vrabel, per NFL Network’s Stacey Dales. Each of those clubs could be in the market for a premier pass-catcher (or two). Another interesting pair of attendees: Giants GM Joe Schoen and Dolphins GM Chris Grier. The latter just pulled off a blockbuster deal for Tyreek Hill, and both have quarterbacks entering a pivotal season.

5) Ohio State had more than just receivers to show off on Wednesday. Running back Master Teague, who missed time with injury and fell out of favor due to the emergence of TreVeyon Henderson in 2021, crushed the workout. He led all participants (including his larger defensive teammates) in the bench press with 27 reps and posted a 10-foot-11 broad jump, which would have bested every running back at the NFL Scouting Combine by three inches or more. As Dales put it, Teague was a beast in front of NFL scouts. The pro day could be a very positive development for his football future. 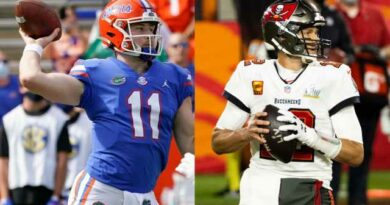 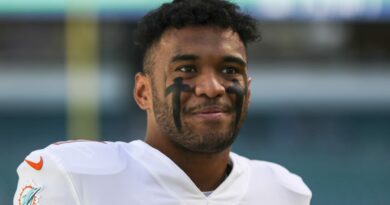