Be sure to check out NFL 360 on NFL Network this Tuesday at 9 p.m. ET to see more from Steve Smith Sr.’s visit to Utah and conversation with Devin Lloyd ahead of the 2022 NFL Draft.

Last September, Devin Lloyd and the rest of the Utah football team were at a crossroads.

Within a span of 10 months, two members of the team, running back Ty Jordan and cornerback Aaron Lowe, lost their lives to gun violence. Canceling the 2021 season at that point, four games in, was a real possibility, head coach Kyle Whittingham told me recently. For some young men on the team, it was the first time death hit them closely.

After taking the temperature of the locker room and weighing the decision, though, it was clear to the coach that they had to finish — not despite everything they had been through, but because of it. The Utes went on to produce the greatest season in program history, winning the Pac-12 championship for the first time ever and earning a trip to the Rose Bowl.

This story of heartbreak and perseverance may not have had a triumphant ending without Lloyd — yes, because of his phenomenal talent as a football player, but more so because of his leadership and dedication to the mission.

This week, Lloyd will begin the next chapter of his football career at the 2022 NFL Draft. Before that happens, though, I went back to Utah, where I played from 1999 to 2000, to talk one-on-one with Lloyd for a feature that will air Tuesday on NFL 360 at 9 p.m. ET on NFL Network. Lloyd opened up about the difficult season, sharing with authenticity and compassion how the Utes navigated an inconceivable tragedy.

When Jordan died due to an accidental self-inflicted gunshot wound, shortly after Christmas Day in 2020, he was coming off a season in which he was named Pac-12 Offensive Freshman of the Year. Heading into 2021, Utah created the Ty Jordan Memorial Scholarship — which was awarded to Lowe, who changed his jersey number from No. 2 to No. 22 to honor Jordan, his longtime friend and teammate going back to West Mesquite High School in Texas. After the fourth game of the season, Lowe was shot and killed at a house party, shattering the program again.

There’s no manual on how to mourn a loss of that magnitude. Asking the players to focus on football and move forward couldn’t have been easy for Whittingham, who was the defensive coordinator when I played for Utah. One day at a time, everyone in the locker room, university and community slowly banded together. Picking up the pieces wasn’t easy, but Lloyd took it upon himself to lead the team forward — after being given what he calls “the greenlight” by Lowe’s mother, Donna Lowe-Sterns.

Leadership is a quality unlike any other, and Lloyd’s ability in that area is second to none. You know the phrase: You can lead a horse to water, but you can’t make it drink? It’s true, but Lloyd made this group thirsty. He’s described by his peers as a big brother in every aspect; they say he won’t let those around him fail. As Utah linebacker Andrew Mata’afa told me, “He’s going to make you be successful.”

Lloyd, who was raised in a military family, leads through dedication and hard work; he knows nothing is won by simple participation. He became a Pac-12 champion, a first-team Associated Press All-American and the Pac-12 Defensive Player of the Year last season by mastering his craft, putting in the time on and off the field.

On paper, he’s a first-round draft pick, but that label doesn’t do him justice when it comes to capturing everything the team captain brings to the table. He’s overcome expectations while demanding the same from those around him, and we would all be foolish to project anything but that from him at the next level.

My connection to the Utah football program, to the school and to Salt Lake City runs deep, and this specific assignment was an honor. This story is special, because everything about the University of Utah and the community, and the unwavering support between the two, embodies who I am.

Back in 1998, several Utah coaches came to my grandmother’s house in East Los Angeles and promised her they would take care of a young Stevonne Smith. They fulfilled that commitment.

I go back each year; my wife, Angie, and I also fund the Steve and Angie Smith Young Alumni Scholarship to pay my gratitude forward.

I have had a front-row seat to Lloyd’s career. I watched him evolve from a scrawny, Southern California kid to the top linebacker prospect in the 2022 draft class. Lloyd isn’t just a sensational player or a guy to root for; he is the heartbeat of a program that was thisclose to temporarily losing its way.

Now, he’ll take that leadership, passion and motivation with him to the NFL — with the thought of Ty Jordan and Aaron Lowe always close by. 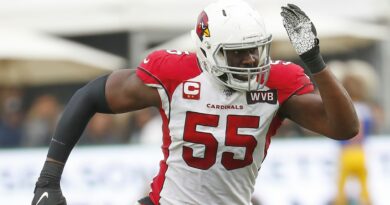 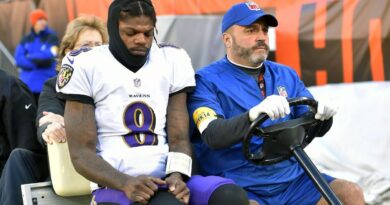 Ravens planning on Lamar at QB against Pack 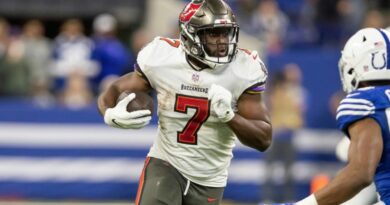