This is typically the time of year we start searching for that random running back that comes from nowhere to carry our teams through the fantasy playoffs. Anyone remember David Johnson (who, incidentally, came out of nowhere to play for the Saints in Week 11)? At this point in his 2015 rookie season, Johnson was a TD-dependent FLEX play and the RB36 on the year. Then he averaged 20.6 fantasy points per game over the final six weeks (RB1 over that span) to win many their leagues. We’ve also had wild finishes from guys like Bilal Powell, Damien Williams, Joique Bell … heck, Rashaad Penny was on most waiver wires before his Week 14 explosion last season — then he was the uncontested RB1 through the fantasy playoffs.

Well, after all that hype, I have a confession. We probably don’t have one of those guys for 2022 yet … pending a certain Chiefs rookie’s next level-up. Instead, this is the week of the wideout! A couple of names that have appeared in recent editions of this column, a couple former ‘stache candidates, and a few shots at rest-of-season starters in your fantasy lineup! If you play in a FAAB league, try to save a little bit for that late-year handcuff RB, but don’t be afraid to spend up on these guys for Week 12. It’s do-or-die time. And we intend to do.

(And if you want more guys, more explanations, or more answers, hit me up on Twitter @MattOkada!)

Pacheco’s rostership percentage has climbed very slowly over the last month as I’ve repeatedly highlighted the need to ‘stache him. Well, the ‘stache window has closed and now he’s going to be expensive. On Sunday Night Football, in a game the Chiefs were mostly playing from behind, Pacheco took 15 carries for 107 rushing yards (that would be 7.1 yards per carry, my friends). Additionally, Clyde Edwards-Helaire was ruled out early with an ankle injury, leaving Pacheco and Jerick McKinnon to carry the full load for Kansas City. Most games down the stretch will feature a Chiefs lead more often than not, which will in return lead to a heavier slant in snaps and usage towards Pacheco. I’m not yet convinced that he can be the 2022 David Johnson (primarily because of how much the Chiefs lean on Patrick Mahomes), but if anyone in this week’s column could be … I’d lean Pacheco. Also note that McKinnon is worth ‘staching just in case.

Yes, Cook had a career-high 86 rushing yards on 11 carries (matching Devin Singletary’s yardage total on seven fewer carries), which is no doubt encouraging. But honestly, this is more about the snap counts over the last month than it is about his Week 11 output. Cook has played 13+ snaps in four straight games now, after doing so only once in the first six weeks. He is a rookie RB who is getting more and more involved as the season progresses, in one of the best offenses in football. There is a world where Cook is valuable down the stretch even with Singletary healthy and involved, but the real upside would come if Cook gets an opportunity as the top dog … or Bill. Buffalo? Anyway. Add him if you’ve got a spot.

Investing anything in this Rams backfield feels about as reliable as dropping your life savings on an NFT of a cigar-smoking monkey. But, you never know, right? No, but seriously Akers had his first half-decent game since September and more importantly he led the L.A. backfield with 14 carries and 61 rushing yards (a respectable 4.4 yards per carry). Of course, it’s also worth noting that Kyren Williams led the running back room by playing 55 percent of offensive snaps, while Akers was down at 39 percent (and Darrell Henderson played a measly four snaps total). Williams is worth a ‘stache in deeper leagues (he had eight touches), but I’m going to prioritize Akers (who you might remember having a productive stretch through the Rams’ 2021 Super Bowl title run). Just don’t break the bank.

Monitor Joe Mixon’s status, as he left Sunday’s game early to be evaluated for a head injury … opening the door for Perine to score not one, not two, but THREE receiving touchdowns. The first Bengals running back to do that in franchise history. Perine is a legitimate high-end handcuff at this point, as the Bengals offense is churning and it’s creating opportunities to score galore. If Mixon misses time, Perine becomes a massive priority on waivers, but otherwise he is just a top-tier ‘stache.

Guys to ‘Stache: While we don’t have one of those playoff-run breakouts just yet, we can get ahead of the curve be identifying the best handcuffs on the wire. I like Isaiah Spiller in Los Angeles in case of injury to Austin Ekeler, Kenneth Gainwell in Philly behind Miles Sanders and even Matt Breida for the Giants behind the oft-injured (knock-on-wood) Saquon Barkley.

After a couple of weeks lurking in the Guys to ‘Stache, Burks validated the cursory attention with a breakout game on Thursday Night Football. Burks led the Titans with seven catches and 111 yards on eight targets and looked very, very good doing it. Tennessee traded away A.J. Brown (instead of paying him) to pursue the “cheaper” version in the 2022 draft: the Arkansas wideout, who they snagged with their 18th overall pick and is finally rounding into shape here in November. Burks can easily be what Drake London and Chris Olave have been in their decent games this season — highly startable WR3s. But there is also a ceiling outcome, where he comes on strong enough to validate the AJB “swap” and constitute most or all of the Titans’ receiving game through the rest of the year. Either way, he would validate a hefty waiver investment.

“Somehow, Donovan Peoples-Jones has quietly had 50+ receiving yards in six straight games” … does that sound familiar? It was the lead-in line of last week’s blurb on DPJ and, lo-and-behold, he did it again in Week 11. Against the Bills no less, DPJ caught five balls for 61 yards and one touchdown for a season-high 17.1 fantasy points. The man hasn’t had fewer than 11 fantasy points since Week 5 and this is all still with Jacoby Brissett “slinging” the rock. This is probably your last chance to snag the surprisingly reliable WR3 option before his consistent floor meets with the post-Deshaun Watson ceiling starting in Week 13. If the change at QB elevates Peoples-Jones even a little, he will be a locked-and-loaded starter rest of season. He should not be on the wire in any league.

In two of the Ravens’ last three games, Robinson has racked up eight-plus targets, six-plus catches and 60+ receiving yards, all in the absence of Rashod Bateman (out for the season). Sunday was a next-level breakout for the 28-year-old, as his nine receptions were a career-high and his 128 receiving yards were second-most in his career. Robinson topped 20 fantasy points without even scoring a touchdown, which is a recipe for PPR fantasy success if he can maintain Lamar Jackson’s attention. And of course, there isn’t much else for Jackson to look to outside of Mark Andrews, so this is a surprisingly realistic dream.

Guys to ‘Stache: Wan’Dale Robinson would have been a feature of this week’s article if he hadn’t gone down with torn ACL after snagging nine of 13 targets for 100 yards.That injury creates ‘stache viability for either Darius Slayton or Richie James. Slayton had 10 targets Sunday (caught five for 86), and James scored the garbage-time touchdown (three catches for 48 yards in total). I like Slayton better, as he has had streaks of fantasy viability before. Skyy Moore had the best game of his career with JuJu Smith-Schuster, Mecole Hardman and Kadarius Toney missing most or all of Sunday Night Football. If any or all of that trio remains iffy moving forward, Moore could have a breakout to rival Treylon Burks. Incredibly, Jameson Williams is cleared to practice this week for the Lions, raising hopes he could play this season. Like Moore, he has late-year rookie surge potential.

I don’t have a lot of names for those of you seeking tight end help … just one, in fact. But Johnson might just be good enough to carry this week’s “list” on his own. With yet another score on Sunday, Johnson has now racked up five TDs over the last five weeks. And as meager as this will sound, he also has 40+ receiving yards in four of his last six games. Believe it or not, his 59 fantasy points since Week 6 is good for third among tight ends (behind Travis Kelce and Cole Kmet). It might seem flukey — OK it probably is — but it’s less flukey than anything else available … and a good amount of what’s already rostered. If you’re not going to trade the farm for Travis Kelce, you might as well add Johnson and cross your fingers.

Stafford is relatively highly-rostered and will need to work through the concussion protocol in order to play in Week 12. Can you tell this isn’t a great week for waiver wire quarterbacks? Thing is, he plays the Chiefs this week, who have been a great target for fantasy QBs (primarily thanks to all the garbage-time production you need to keep up with them). This is very much a wait-and-see situation, but if Stafford is active for this matchup, I’m willing to start him. And will proceed to look away for the entirety of the game.

Mills has had one startable fantasy game all season … against the Raiders defense that ranks 31st against fantasy QBs (AKA, they’ve allowed the second-most points to the position). In Week 12, he gets the Dolphins, who rank 30th on that list. Miami has allowed 21.7 fantasy points per game this season, including half-decent performances from Jared Goff and Jacoby Brissett. You’d need to be in a two-QB league to make this play — or unimaginably desperate in a standard league — but we work with what we have folks.

The Steelers D/ST is an absolutely mouth-watering add for Week 12 (shoutout Thanksgiving), as they have T.J. Watt back and draw the Colts on Monday night. Matt Ryan will throw a pick, lose a fumble and take 4+ sacks in this game. And I’ll go ahead and guarantee a defensive touchdown, too. Boom. If you don’t get the Steelers for their MNF matchup with Indy … just add the Colts D/ST for their MNF matchup with the Steelers. Kenny Pickett has been better of late … but that’s not saying much. This figures to be one of the lowest-scoring games of the week and I’d happily take either team’s defense. Yes, I just recommended adding Matthew Stafford for his matchup with the Chiefs D/ST … but the Rams have also been a turnover-machine all year. And there’s still a decent chance Stafford doesn’t play (and Bryce Perkins does). When you’ve never heard of a quarterback, it’s usually a good idea to target them with your D/ST. 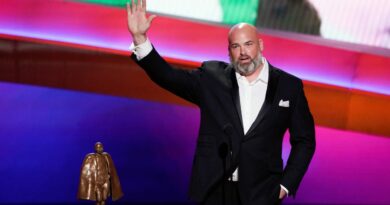