Former NFL player and scout Bucky Brooks knows the ins and outs of this league, providing keen insight in his notebook. Today’s installment spotlights eight teams that could really shake up the 2022 season …

In the dog days of summer, with roster reconstruction largely complete, groupthink deems certain teams contenders and others pretenders. This if foolish, of course, given the erratic nature of each and every NFL season. Just look at the 2021 campaign …

At this time last year, who saw Cincinnati taking the AFC North? Who had the Bengals nearly winning the Super Bowl?! With the emergence of guys like Joe Burrow, Ja’Marr Chase, Tee Higgins, Joe Mixon, Trey Hendrickson, Logan Wilson and Jessie Bates, Cincy enjoyed a magic carpet ride all the way to Super Bowl Sunday, falling one drive short of the franchise’s first Lombardi Trophy. Pretty wild stuff … or was it? After all, this parity-driven league is predictably unpredictable.

Consequently, it’s wise to assume a few teams will upset the applecart. The challenge is identifying which overlooked rosters could ultimately make popular opinion look stupid. Who might be this year’s Bengals? Or, at least, who could unexpectedly flip a division race on its head?

In this edition of the Scout’s Notebook, I’m spotlighting one chaos team in each division.

This could be the year Tua Tagovailoa reminds the football world why there was a “Tank for Tua” campaign in South Beach during his final season at Alabama. The former No. 5 overall pick has been given the keys to a Ferrari, with Tyreek Hill and Cedrick Wilson joining a receiving corps that already featured Jaylen Waddle and Mike Gesicki. The Dolphins’ 4×100-meter relay team on the perimeter is complemented by an improved offensive line that is anchored by prized free-agent addition Terron Armstead. New head coach Mike McDaniel will stress opposing defenses with a plethora of exotic run schemes that test gap integrity, allowing Tagovailoa to play a game of cat and mouse with second-level defenders on RPOs and quick throws. Considering the speed and explosiveness of Miami’s playmakers in space, the points could come in bunches for a new-and-improved offense in 2022. Add in a defense that really started to come into its own in the second half of last season, and these Dolphins could be poised to snap a five-year postseason drought, if not push the Bills for divisional supremacy.

Yes, it’s weird to talk about one of the most accomplished franchises in league history as a potential chaos team, but this is undoubtedly a transitional time for the Steelers. With Ben Roethlisberger hanging up the cleats in January, it’s the start of a new era in Pittsburgh. And with the Steelers positioned in a competitive AFC North, some folks think Mike Tomlin’s due for his first losing season. Not sure I’d personally make that bet. Without the future Hall of Famer in the huddle, the Steelers could take a “back to the future” approach that prioritizes the defense and running game. The defense certainly has the pieces in place to strangle opponents, with reigning Defensive Player of the Year T.J. Watt flanked by All-Pro defensive tackle Cameron Heyward and playmaking safety Minkah Fitzpatrick, among others. Adding Brian Flores’ experience and expertise as a defensive assistant will only enhance the tweaks that new defensive coordinator Teryl Austin will make to the playbook, fully unleashing a unit with aggressive disruptors throughout the lineup. Although the offense will likely opt for a conservative approach behind a new quarterback — whether that ends up being free-agent signee Mitchell Trubisky or first-round pick Kenny Pickett — the presence of Najee Harris in the backfield could enable the Steelers to win with a “3 yards and a cloud of dust” mentality, at least until the new QB1 is ready to expand his role as a game manager.

Despite the fact that Jacksonville has suffered double-digit losses in 10 of the past 11 seasons, there is optimism brewing in Duval County due to the arrival of a Super Bowl-winning coach with a quarterback-friendly scheme. Doug Pederson inherits a former No. 1 overall pick with A+ talent in Trevor Lawrence. Universally hailed as a generational talent coming out of Clemson, Lawrence struggled through a rookie season under disastrous head coach Urban Meyer. The young quarterback clearly needed more structure, stability and support around him. In addition to bringing in Pederson, the Jaguars spent big money in free agency to upgrade their receiving corps (SEE: Christian Kirk, Evan Engram and Zay Jones) and offensive line (Brandon Scherff), which should help induce a major jump for Lawrence in Year 2. Defensively, Jacksonville handed out hefty contracts to free agents at all three levels (DT Foley Fatukasi, LB Foye Oluokun and CB Darious Williams) before drafting edge rusher Travon Walker at No. 1 overall and linebacker Devin Lloyd later in the first round. If the defense quickly adjusts to new coordinator Mike Caldwell’s ultra-aggressive approach, the Jaguars could really emerge as a tough out in 2022.

Making the playoffs last season was no small feat, considering all of the trials and tribulations the Raiders experienced. Repeating that effort in 2022 certainly won’t be easy, given how loaded this AFC West suddenly appears to be, but Las Vegas added supreme firepower on each side of the ball. Davante Adams and Chandler Jones not only give the Silver and Black a pair of veteran stars with “take over the game” potential, but they perfectly complement two emerging stars (Hunter Renfrow and Maxx Crosby) who fueled last season’s playoff push. If Josh McDaniels has learned the right lessons from his failure as a first-time head coach in Denver, the Raiders could have a five-star general directing an all-star squad capable of hanging with any team in a stacked AFC. The only reason Las Vegas isn’t getting more burn as a serious contender? Its division rivals are quarterbacked by Patrick Mahomes, Justin Herbert and Russell Wilson. But overlook Derek Carr at your own peril.

For all the attention Carson Wentz is receiving as the Commanders’ new QB1, this team’s fate rests largely on the shoulders of a star-studded defense that was a huge disappointment a season ago. Chase Young, who’s recovering from a torn ACL, and Montez Sweat need to play like the dynamic pass-rushing tandem many expected them to be last season, when Sweat had his sights set on breaking the record for most sacks by a pair of teammates. In addition, the duo must clog running lanes as part of a D-line that features four first-round picks (Sweat, Young, Daron Payne and Jonathan Allen). Also, defensive coordinator Jack Del Rio is certainly in the spotlight after creating a firestorm with his political commentary, drawing a $100,000 fine from the team last month. As the leader of the unit, he must find a way to stabilize a group that failed to play with championship-caliber hustle or discipline in 2021. If Ron Rivera can help get the defense to play at the level everyone expects, Wentz’s performance as an efficient game manager could help the Commanders scratch out a few wins in a very competitive division.

In their first season in Detroit, credit general manager Brad Holmes and head coach Dan Campbell for assembling a collection of hard-working players on each side of the ball with the fire and desire needed to compete. Despite the disappointing 3-13-1 record in 2021, the Lions were the gritty team that no one wanted to face down the stretch, winning three of their final six games. With Holmes and Campbell upgrading the talent on the roster this offseason, the Lions’ scrappy group could create headaches for opponents who fail to bring their A game each week. The addition of rookie Aidan Hutchinson, in particular, gives the Lions a blue-chip pass rusher with the potential to create chaos at the line of scrimmage. The underrated sixth-round selections of linebacker Malcolm Rodriguez and edge rusher James Houston add more speed, explosiveness and playmaking ability to a unit that needs more splash plays in 2022. If Jared Goff can steady the offense with a commitment to playing mistake-free football, the Lions could steal a few more wins in the fourth quarter when their relentless energy and effort force opponents to tap out before the final buzzer.

The Panthers are a quarterback away from emerging as a playoff contender this season. Matt Rhule’s team has enough blue-chip players on each side of the ball to go toe-to-toe with the heavyweights in the league, but the embattled coach must pick the right quarterback at the end of training camp to give his team a chance to earn an elusive playoff berth. Baker Mayfield, acquired in a trade last week, is the front-runner to win the starting job even though he’ll enter camp without any experience in Ben McAdoo’s system or chemistry with the Panthers’ playmakers. Sam Darnold is a bigger and stronger prospect with solid intangibles, but his on-field struggles make it hard for the coaching staff to trust him as a long-term answer at quarterback. With a defense that has top-five potential to support the winner of the quarterback competition, the Panthers’ chances of securing a playoff berth for the first time since the 2017 season hinge on the team’s ability to pick the right QB1. If either quarterback can deliver consistent production for a Panthers offense that features a handful of big-play weapons, this is the team that could follow the Bengals’ blueprint to title contention.

Kyler Murray’s contract negotiation created a topsy-turvy offseason, but the Cardinals remain a viable playoff contender. The diminutive playmaker is a top-five quarterback when healthy, but his durability and leadership skills are in question after watching him falter down the stretch in 2021. To rewrite the narrative surrounding his game, Murray must put up big numbers while showing more maturity and improved leadership skills. The addition of Marquise “Hollywood” Brown will certainly help No. 1 produce more explosive plays, but the Cardinals’ new receiver must settle into his role as the designated WR1 while Deandre Hopkins serves his six-game suspension and then transition to WR2 when Hopkins returns. How well Murray navigates the ball distribution dilemma while also adding enough balance to the offensive attack with the run game could determine if Kliff Kingsbury’s squad makes another postseason appearance at the end of the 2022 season. 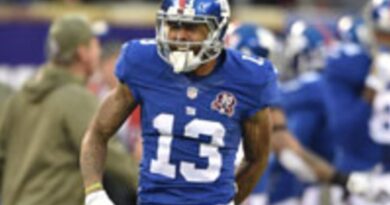 Odell Beckham has the brightest future of rookie WRs 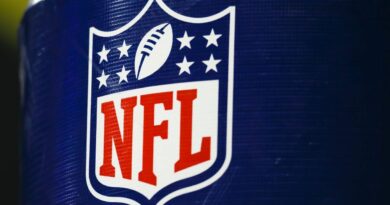