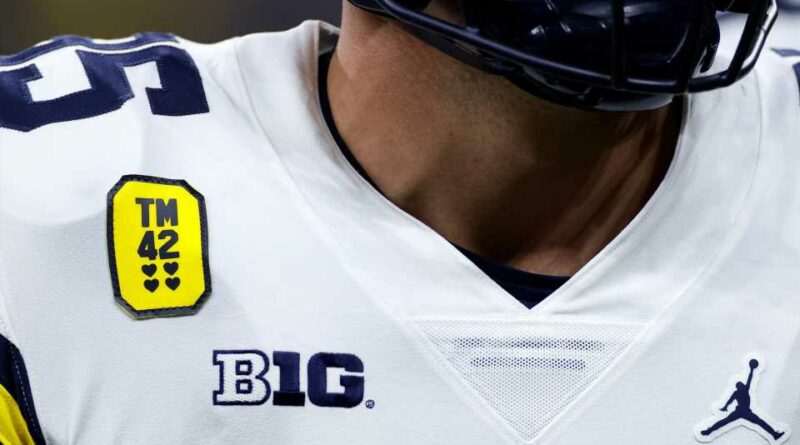 INDIANAPOLIS — The sixth of Michigan’s touchdowns Saturday arrived with a little more than a minute remaining in the Big Ten Championship game. The No. 2 Wolverines didn’t need it to win, or to demonstrate their superiority over No. 13 Iowa, but when the extra point was counted and the score was posted, it carried a special meaning to many on the UM sideline.

“It was 42 points when we all looked up there,” Michigan coach Jim Harbaugh told reporters. “Describe that.”

Hutchinson approached Harbaugh earlier in the week about dedicating the Wolverines’ effort in this game to Tate Myre, the football and wrestling star at Oxford High in Michigan who was killed in a shooting at his school Tuesday.

He wore the number 42 on his jersey as a running back for Oxford. In the Iowa game, Michigan players wore a patch on their right shoulders that was shaped like the Oxford “O” and included Myre’s uniform number and initials.

Michigan athletic director Warde Manuel also arranged to have members of Myre’s family and his coaches serve as honorary captains for the game.

It has been speculated that Myre died trying to disarm the shooter. Those who knew him suggested to the Detroit Free Press that might have been why he was among the victims.

DeCOURCY: Michigan puts run of mediocrity behind it with Big Ten title

“When you read all the accounts — and I talked to coach (Zach) Line at Oxford High School — Tate was a warrior,” Harbaugh said. “The best athlete in the school could have easily made it out of that school and been the first one out. He just felt he wasn’t going to run away from that fire; he was running into it. He’s a hero.”

The Denver Broncos Are Now Living In A World Of Piss 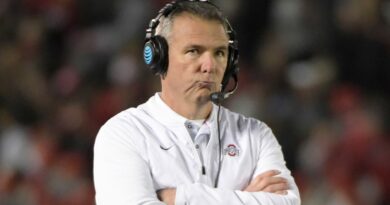 AP Top 25 Reality Check: Big Ten back in poll, not on field