You may have already forgotton about the Alliance of American Football. The now-defunct football league began play on Feb. 9 2019 and ceased football operations on April 2 the same year. The AAF only played eight of its scheduled 10 weeks of football before shutting down.

Much has been said about why the league folded, but an in-depth report published Thursday from ESPN details everything that led to the AAF’s demise. ESPN reporters Seth Wickersham and Michael Rothstein spoke with 40 senior AAF executives, lawyers, consultants, team presidents, coaches, players and other sources to find out what went wrong.

A lot of the information has already been made public, in some fashion. But there are other details that show why it was amazing this league even existed at all. The entire report is worth reading, but we’ll provide some thoughts on a few notable excerpts.

Dundon had watched the AAF’s opening weekend and liked its potential – and the potential of spring football. (Potential investor Erik) Anderson connected Dundon and (AAF co-founder Charlie) Ebersol, and a deal came together over the phone. Dundon told Ebersol that he was in for $250 million – the amount both men believed it would take to get the league to profitability. But over the next hour, Dundon started digging into the business and was livid at what he found: The financial prospectus the AAF provided him was outdated and inaccurate.

Ebersol was able to keep Dundon and his investment, but it’s pretty shocking to see Dundon agree to a deal before really doing his research. ESPN notes just days after becoming an investor, Dundon “was already having buyer’s remorse.” Many AAF fans blamed Dundon for ruining the league, as it was his decision to shut it down, but it’s clear from reading this story he was misled from the beginning.

Dundon was just being realistic and knew there was no way to make the finances work the way Ebersol and fellow AAF co-founder Bill Polian set it up. Dundon provided a quote to ESPN that perfectly summed up his investment: “I did zero due diligence. It was really stupid.”

The AAF was nearly over before it started

The Alliance was founded on March 20, 2018 and didn’t start playing football until February the next year. But by December 2018 the league was already facing financial issues. The AAF’s initial investor Reggie Fowler, who was later arrested on bank fraud charges, wasn’t providing the money like he said he would.

The league was about to miss payroll, falling $13 million short. Ebersol met with Fowler saying, via ESPN, “This is not f-ing acceptable! If you don’t start properly funding us, I will shut the company down! I don’t f-ing miss payroll!” Even Ebersol’s fellow co-founder was ready to give up.

“Look, Charlie,” Polian said, via ESPN. “There’s no dishonor in saying that we can’t make this work. We gave it an honest shot.”

Employees had to work out of McDonald’s and shipping containers

According to ESPN’s report, “The Salt Lake Stallions would move into their offices only after executives briefly worked out of a McDonald’s and the conference room of the team’s ticket broker.” And later in the story: “The Stallions still didn’t have football offices, so Fowler offered to purchase shipping containers that could be outfitted with cubicles. Fowler flew to Salt Lake City and scouted available land. Fewer containers arrived than Fowler had promised, but the team made do.”

While the AAF clearly had much larger problems than this, it just goes to show how dire the situation really was. The league got off to too fast a start in a race to beat the XFL, resulting in rampant mismanagement.

The AAF had a quarterback draft, but opted to have players go to teams based on territorial rights rather than have an actual draft. But league executives did discuss the possibility of a draft, and former UCLA coach Rick Neuheisel had an interesting idea on how to do it. But Polian was really against it, apparently.

Essentially, Neuheisel and Ebersol wanted the players to pick which teams they wanted to play for. And that’s where the story gets hilarious. From ESPN:

Polian didn’t understand the concept. Neuheisel and Ebersol explained that it was like The Voice.

Neuheisel explained the TV contest in which four celebrity vocal coaches spin around in their red chairs when they hear a singer they want on their team, then the singer chooses the coach, and so …

“What does this have to do with anything?” Polian said.

The idea of players saying where they want to go sounds interesting on the surface. If nothing else, it would have been something entertaining to watch on television, which would have driven some additional interest into the league. But Polian was having none of it, so the idea unfortunately never developed.

A lot of ESPN’s reporting details the growing rift between Dundon and Polian. The two clearly weren’t fans of one another, which was pretty evident at the end the league when Polian released a strongly worded public statement blaming Dundon for the league’s failure.

If you know anything about the AAF, you know the league wanted to partner with the NFL to become an official developmental league. The two leagues had several talks, and Dundon knew near the end that getting a deal was pretty much the only way to keep the AAF afloat.

One interesting note from one of these meetings, which happened one day before the league suspended its football operations, is just how desperate Polian was to get a deal done.

On the call, Polian was diplomatic. He suggested that Smith decide which NFL players could participate in the AAF. The idea went nowhere. Polian then offered his assurance that any NFL players in the AAF wouldn’t be forced into the league or seriously injured.

“You have my word,” Polian said.

Dundon found that statement absurd. It was football – how could the AAF promise nobody would get hurt? He felt that AAF executives weren’t leveling with the union, so he took it upon himself. Citing the likelihood of injuries, he said, “I understand why you’re not going to do the deal.”

Dundon was right in finding Polian’s promise absurd. Because players in the AAF did get seriously hurt. Linebacker Gionni Paul suffered a broken arm just a few days before the league shut down. Linebacker Ryan Davis had to be stretchered off the field after a neck injury early in the season. 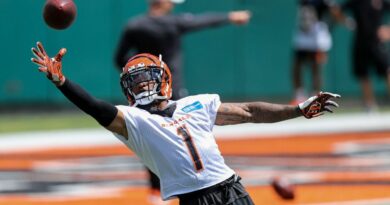 Bengals not ‘down’ on Chase despite struggles 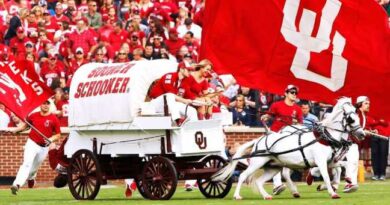 Landry: Browns offense has to 'include' Beckham more