Home » NFL » A 12-team College Football Playoff? Why we really love (and hate) the idea 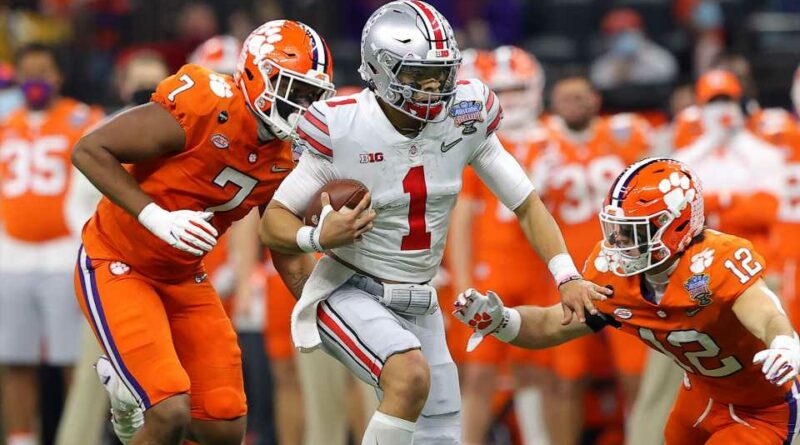 That’s the latest hot offseason debate after Yahoo Sports reported the format is preferred if the CFP does indeed expand in the future. A jump from four to 12 teams is a bold move for a sport that has wrestled with the proper playoff model since the inception of the Bowl Championship Series in 1998.

There is no doubt this is the most-inclusive proposal to date, but college football is an exclusive enterprise geared toward the traditional brands. Change isn’t always met with thunderous applause.

How does a 12-team playoff size up? Sporting News weighs he pros and cons:

Who are your College Football Playoff picks for 2021?

If at least three of Alabama, Clemson, Ohio State, Oklahoma, Notre Dame or Georgia aren’t on your list, then you are doing it wrong. Those six schools have combined for 23 of 28 Playoff appearances.

It’s even more exclusive than that. Alabama, Clemson and Ohio State have dominated the CFP era, and the rest of college football is tuning out.

CON: This isn’t the NFL

Why is college football trying so hard to be like the NFL? The NFL just moved to a 14-team playoff format, and the first season was a success. Tom Brady led the Tampa Bay Buccaneers from the NFC Wild Card round to a Super Bowl title.

A move to a 12-team format would signify that college football is trying too hard to be like the NFL. As someone who watches both all fall, I appreciate the differences between the two sports.

I also accept college football underdog stories aren’t what you think. Ohio State was considered an “underdog” as the No. 4 seed during its national championship run in 2014, and that team had 31 future NFL players.

Look at that hypothetical 12-team CFP bracket for 2020 again. Do you think Cincinnati can go through Georgia, Alabama, Notre Dame and Ohio State or Clemson in one run? The Bearcats would have a much better chance of winning two games in a four-team format than four games in the 12-team format.

March Madness has thrived on the Cinderella story since Villanova beat Georgetown in the 1985 men’s basketball championship game in the first year of the 64-team era.

Give teams more chances to pull those upsets of the established powers, and perhaps that would break up the same-old matchups when Alabama, Clemson and Ohio State lose in the quarterfinals. Those quarterfinal matchups are still better than most conference championship games, which are often labeled as “de facto quarterfinals.” Skip that step and make it a postseason game.

If the CFP expanded to 12, then that first weekend would rival the first weekend of March Madness, especially if you put those games on campus. Last year that would have produced Georgia at Cincinnati, Oregon at Texas A&M, Iowa State at Florida and Indiana at Oklahoma. It’s like Sweet 16 weekend.

It doesn’t change the fact that Alabama, Ohio State and Clemson still exist.

College football is a top-heavy sport that thrives on dynasties, and the CFP era has amplified that. In any given year, there are less than five or six teams truly equipped to win a college football national championship.

A 12-team playoff won’t change that. A four-team playoff hasn’t changed it. The average margin for victory in the CFP semifinals is 19.7 points per game. Three of the 14 semifinals the last seven years have been decided by 10 points or less. You want more of that?

The CFP championship game has been a blowout the last three years, too. There is an argument to be made that expanding the playoff would give recruits more incentive to go to other schools, but until those schools start sending NFL-ready talent to the next level at the same rate as Alabama and Ohio State — who could form their own playoff-caliber NFL teams — that’s not going to change all that much.

This is true. Players are opting out of the New Year’s Day Six bowls, and look no further than Florida quarterback Kyle Trask’s targets in last year’s Sugar Bowl loss to Oklahoma.

There is less incentive to play in bowl games now, and that will reach a tipping point when a quarterback like Trask opts out of a New Year’s Day Six bowl. The Rose Bowl and Sugar Bowl don’t have quite as much meaning when they aren’t semifinals.

Now, if those bowls are part of a rotation in a 12-team playoff, then, yes, it would be awesome. Kyle Pitts and Kadarius Toney are on the field if Florida vs. Oklahoma is a College Football Playoff quarterfinal.

This also is true, even if it’s a subjective truth. The regular season is the unique part of college football. “We can go 1-11 as long as we beat (insert rival school). How many times have you heard that? A billion?

The regular-season rivalry games matter more than in any other sport. Pittsburgh beat Cleveland in Week 6 of the NFL schedule last season. Not one Browns fan cares about that game now. It’s all about that AFC Wild Card victory.

Flip to that college, and Ohio State and Michigan fans have just about every score memorized, especially since Jim Harbaugh took over as head coach. Is the Iron Bowl really the Iron Bowl if both teams make the 12-team playoff and play again three weeks later? You can do that with North Carolina and Duke in basketball. It won’t be the same in football no matter how you sell it. There has to be a penalty for losing a rivalry game other than potential seeding.

That one game matters more than anything, and a 12-team playoff will force those fan-bases to adjust how they watch college football. We’re not saying that can’t be done, but it is naive to think that expansion won’t water down that regular season. It absolutely will.

A dozen teams means more eyeballs from across the country, and if you didn’t make the field, well, then that’s your problem.

Chances are a 12-team field would have all five Power 5 conferences represented, at least one Group of 5 school and six at-larges. That would create a much-needed jolt for a sport that is about to enter the NIL era. The television networks won’t argue with more games, and it would be exciting.

Think back to Jan. 1, 2015. Florida State and Oregon played the first semifinal in the Rose Bowl, and Ohio State and Alabama played the best semifinal to date in the Sugar Bowl. There was a new-found excitement in the sport.

Alabama, Clemson and Ohio State just made the ball their own, with a revolving door of guests who really don’t belong with the exception of Joe Burrow-led LSU in 2019. Extending more invitations is the right thing to do.

That is the essence of college football. There is no better regular-season game than a No. 1 vs. No. 2 “Game of the Century.” The sport thrives on the finger-pointing in all directions, and fan-bases going back and forth with those same-old snipes.

“You ain’t played anybody.”

“You ain’t beat nobody.”

Texas and Texas A&M don’t even play any more, and they still do it every damn day on Twitter.

Sure, you could sort it out with a bloated playoff, but most of the time you know who those teams are. There has not been a better college football game than the Rose Bowl between No. 1 USC and No. 2 Texas in 2005, and that is because those two teams dominated everybody that got in their way.

The more teams you add, the less chance you have for matchups like that.

Unless, of course, you truly believe Cincinnati can win all four games in a 12-team format. 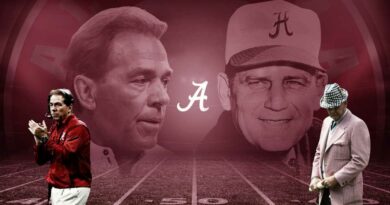 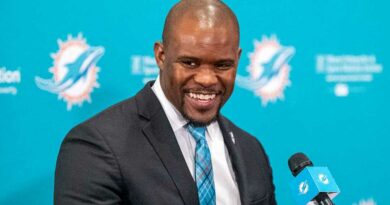 This is the NCAA national title game we all deserved