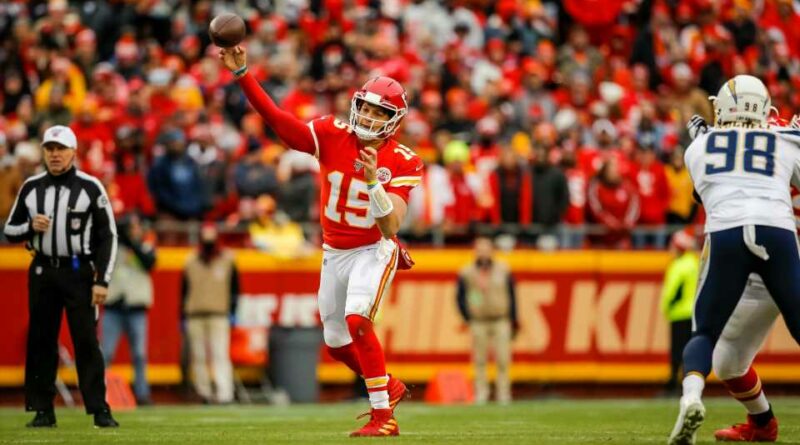 During the Chiefs’ matchup against the Chargers, the former NFL MVP attempted to toss the ball to receiver Marcus Kemp without looking at his target from the Los Angeles 29 — a move he has patented through the years. As the ball bounced up and out of Kemp’s hands, Chargers rookie cornerback Asante Samuel Jr. dove through the air to intercept the pass.

The early interception from Mahomes was his second of the season. The pick allowed the Chargers to take over at their own 3-yard line, but they couldn’t drive down for the score.

However, a fumble from receiver Tyreek Hill allowed the Chargers to put points on the board to open the second quarter. Following a 19-yard pass from Justin Herbert, receiver Keenan Allen rushed into the end zone for a 4-yard touchdown. Although they missed the extra point, the Chargers effectively took advantage of their offensive momentum with a 6-0 lead.

During the drive following the Chargers’ touchdown, the Chiefs suffered another critical blunder. Running back Clyde Edwards-Helaire rushed to the Chargers’ 33 but fumbled the ball to mark the third turnover for Kansas City.

After Michael Davis recovered the ball for the Chargers, Justin Herbert drove down the field to earn another touchdown on a 16-yard pass to Austin Ekeler. Following a two-point conversion, the Chargers led 14-0 to end the first half.

The Chiefs totaled three turnovers on their first 13 offensive plays of the game. They turned the ball over just 16 times in all of 2020.