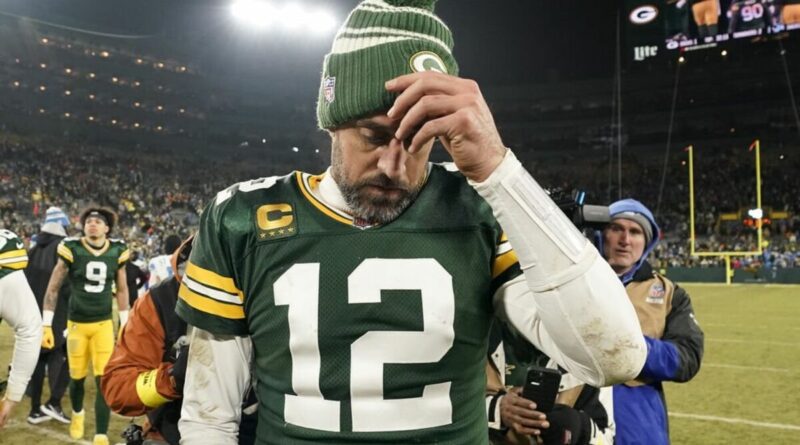 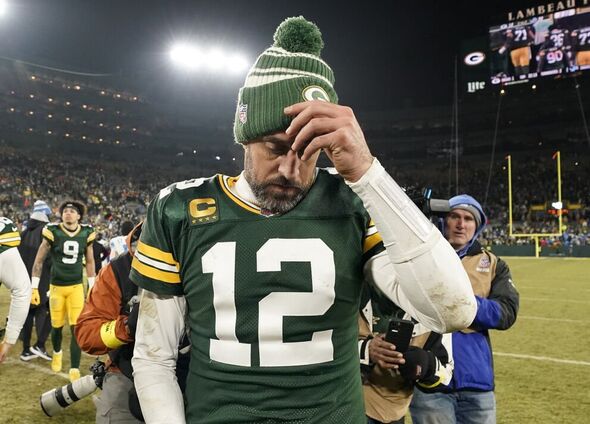 Some NFL fans are of the belief that Green Bay Packers superstar quarterback could be about to shock the NFL world and announce his retirement from the sport, just months after signing a huge extension. It comes after last nights season-ending loss to Detroit Lions, when the Packers needed to win to secure their post-season spot. But after a late touchdown by the Lions, Rodgers threw an interception which essentially ended the game, and the season.

Rodgers looked frustrated and disappointed with himself after the failed drive, and at the end of the game, walked off with long-term teammate Randall Cobb, in a manner that looked to suggest he might have a decision to make this off-season.

But it was another act which caught the attention of fans. Prior to walking off the field, Rodgers shook hands with a few members of the opposition, and had a word with Lions rookie Jameson Williams. The former Alabama receiver asked to swap jerseys with Rodgers, who refused, and can be heard saying: “I gotta hold on to this one.”

A number of fans have come out with the suggestion that Rodgers might want to keep the jersey, with it potentially being the last he ever wears for the Packers – and potentially in the NFL.

One fan wrote: “A Rod acting like he’s just played for the last ever time here.” Whilst another said: “He said he’ll keep hold of this one like it’s one he wants to remember. His last?”.

Rodgers has reportedly pondered retirement on numerous occasions, with the Packers even drafting his replacement in 2020 in Jordan Love, after reports that he could walk away from the sport.

But after winning back-to-back MVP’s Rodgers elite level of play has seen him elevate the Packers in recent seasons, and will be hugely unlikely to walk away from the game at this point.

Besides retirement, fans have also brought up the idea of Rodgers asking to be traded away from Green Bay, who may struggle to compete next season with having much work to do to their roster.

But Rodgers signing a four-year, $200 million extension last summer, it is quite literally financially impossible for the Packers to trade him, as they would incur a huge cap hit of $99 million. 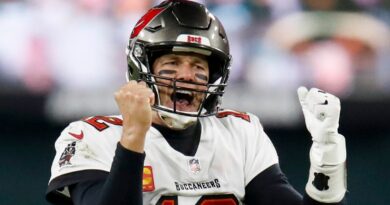