NAPA, Calif. — From running routes and catching passes on Thursday in Arizona to taking part in a Saturday morning walkthrough in wine country to being a full participant in practice as soon as Sunday?

Welcome to Antonio Brown’s world as he concludes his first training camp with the Oakland Raiders, while continuing his development with quarterback Derek Carr.

When asked on Saturday if he saw Brown being a full participant in practice soon, Raiders coach Jon Gruden said, “I think so, yeah.”

“He took all the reps today in our walkthrough. He showed great retention, and we’ll see what happens here with this afternoon; we’re going to have a walkthrough today as well. We have a lot of guys that can’t practice so we’ll pick it up tomorrow.”

As far as quarterback Derek Carr is concerned, Brown doing “everything with us just now” bodes well for his own development and preparing for the regular season.

“The man’s recall is unbelievable,” Carr said of Brown. “He came in and no mental errors, and in this offense, that’s not easy to do. Especially, whenever you have a day off … you come back and you’re like, you’ve got to stay on Coach Gruden’s offense all the time. You can tell Antonio’s been studying because he came out and didn’t miss a beat.

“He was a part of everything we did today.”

Which is a far cry from what Brown did for the two weeks he was away from the team, not returning until last Tuesday as he sought treatment for his frostbitten feet, suffered in a cryotherapy mishap in France last month. Brown also lost a grievance to wear his old helmet, which is no longer certified, and has found a replacement.

And while the Raiders are expected to practice Sunday and Monday before breaking camp and playing a “home” preseason game in Winnipeg, Manitoba, Canada, on Thursday against the Green Bay Packers, few, if any, starters will play on the artificial turf.

Carr will continue connecting with Brown in walkthroughs and, when he returns, in practice.

“I can get to all my checks and do all that kind of stuff like I’ll do during the season and then I have … Tyrell [Williams] and [Darren] Waller and our running backs and Antonio, they’re all one-on-one, what do you do, who do you go to?” Carr said.

“That’s the mental game we’re going to have to play, me and Coach Gruden … but it’s nice to have him and I can play it like a real game and where I’d go and what I’d do.” 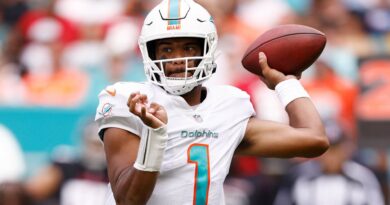 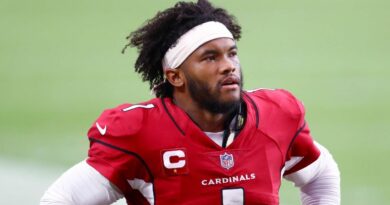