Colts kicker Adam Vinatieri is off to a dreadful start to the new season.

Through the first two games of 2019, Vinatieri has missed two of three field goal attempts and three of five extra-point attempts.

In the Week 1 overtime loss to the Chargers, Vinatieri was wide left on a 46-yard attempt just before halftime. It was his second miss of the quarter, after also failing to connect on an extra-point attempt two drives prior. Vinatieri also shanked a 29-yarder wide left early in the fourth quarter that would have brought the Colts within five.

In Sunday’s 19-17 win at Tennessee, Vinatieri didn’t attempt a field goal but missed a pair of extra points. He was wide left midway through the second quarter and then doinked the right upright on another extra point with 4:38 left to play.

This is unusual territory for Vinatieri, a longtime NFL veteran and one of the best kickers in NFL history. Vinatieri is first in league history in made field goals, second in extra points and top 20 in both field goal and extra point accuracy.

The 46-year-old is the oldest active player in the NFL, making his career debut on Sept. 1, 1996 with the Patriots, but he left reporters with some cryptic messaging Sunday that has many speculating his career may be coming to an end.

The rise of Devin Duvernay, the Texas WR with the best hands in college football 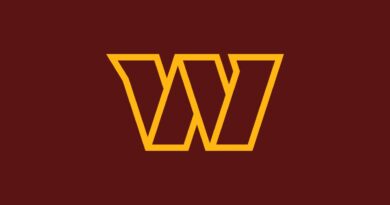