They have not won consecutive games yet this season. They have blown fourth-quarter leads twice. They are only .500 now because they beat another underachiever Sunday in a once-anticipated showdown in London. Three offensive line starters left that game injured, and one of them might miss most of the second half of the season.

Do not count the defending-champion Eagles out of it yet, though. To answer the somewhat dumb question they raised last week after choking away a game at home to the Panthers: everybody still expects a lot from them, for good reason.

It’s going to take the rest of the season for the contenders to be separated from the pretenders in Philadelphia’s division. Washington maintained its NFC East lead and improved to a surprising 5-2, and when 3-4 Dallas comes back from its bye, it will have the big receiving threat it has missed all season, in newly-acquired Amari Cooper. But it’s still too soon to trust either team.

And it’s too soon to decide the Eagles, now 4-4 going into their bye, can’t outlast either of them.

When the Eagles are on, they’re just deeper, tougher and better than their rivals. It doesn’t matter that they pulled out of their tailspin in London against a similarly reeling Jaguars team. Quarterback Carson Wentz looked more like himself despite two ugly early turnovers, and the defense looked like what it was built to be, slamming the door on Jacksonville in the fourth quarter to protect the lead.

The Eagles are still not whole. Tackle Lane Johnson reportedly tore an MCL and will be out for a while, and asking that line to shrug off a serious blow two years in a row is a lot. And they still have to solve their running back problem, although they patched together an effective attack Sunday.

But when all their pieces are together, the Eagles are simply better than the rest of the East teams, and there were more pieces together Sunday than there have been all season.

Everybody who was sure Washington was desperately reaching by signing a seemingly washed-up Adrian Peterson in training camp, raise your hand. (Note: hand is raised.)

A non-factor on two teams last season, Peterson is earning more of the benefit of the doubt every week.

He earned a ton Sunday against the Giants. As inept as the Giants were (again), they were ready to throw a major scare into Washington in the final minutes, until Peterson had a throwback 64-yard, game-clinching touchdown run.

After Washington’s offseason was largely devoted to retooling its offense at QB and receiver, Peterson has evolved into the only threat any opposing defense should fear. He has rushed for at least 96 yards in five of their seven games. In the other two, he was smothered by Indianapolis, of all teams, for 20 yards in a Week 2 loss, then started the game in New Orleans with a bad ankle and ended it early with a dislocated shoulder.

His 149 yards Sunday were his second-highest total in the last three seasons, going back to his injury-wrecked final year in Minnesota in 2016.

Peterson looked done then. It took a long time (and three more teams) to prove he was not.

A huge run of Luck

Encouraging news from the front:

Dearest mother —
I dare say the tide has turned. The unit secured another victory in the Land of Oak. We found light in an otherwise Black Hole. What is more, Sgt. Vinatieri proved himself the greatest sniper among all those who battle. My smile is wide. I love you.
— Andrew

In Week 3, the Colts somehow got themselves in position to upset the Eagles in Philadelphia, lined up to throw a Hail Mary for the win … and took Andrew Luck out in favor of Jacoby Brissett, sparking a nationwide debate over the condition of Luck’s post-surgical shoulder.

In the five games since then, Luck has thrown 18 touchdown passes, at least three in each game. The Colts have scored at least 34 points in four of those games, and with the late stampede against the Raiders for a 42-28 victory Sunday, have won two straight to move to 3-5. Only Patrick Mahomes (26) has thrown more touchdown passes than Luck’s 23.

He has been aided by consecutive 200-plus-yard rushing games by his teammates, as they’ve set him up and he’s finished.

All of this seemed far beyond the capabilities of Luck and the Colts going into the season, and off the full season Luck missed. They had the look of a team in contention for the No. 1 pick.

Instead, at the halfway mark, they’re just two games out of first place in the shaky (again) AFC South.

This might be as good a time as any to introduce a weekly feature in After Further Review, called, “Hey, Hey, A Little Help Here.” This week, it goes to Aaron Rodgers, after that loss to the Rams in a virtual Packers home game in sunny LA.

Actually, it could just be named for him. Because this is becoming a habit.

Recall, if you will, that under very similar circumstances to the one left him by the Rams with 2:05 to go, Rodgers led game-winning drives against the Bears on opening night and against the 49ers two weeks ago. Of course, he never got a chance Sunday after a … well, poor choice by Ty Montgomery on the ensuing kickoff.

Then recall that in Week 2, Mason Crosby missed a game-winning field goal after Rodgers did his job at the end of regulation in the eventual tie with Minnesota. And that three weeks ago, Green Bay lost to Detroit by eight on a day Crosby missed four field goals and an extra point.

If either loss or the tie were a win instead, the 3-3-1 Packers would be at least tied for first in the NFC North, and at best have the outright lead.

Koetter’s on Bucs hot seat, too

The bet the Buccaneers made on Jameis Winston is comprehensively laid out here. That includes the consequences for general manager Jason Licht: possibly his job after five seasons.

That, then, also brings into play the gamble the team took on its head coach three years ago.

Dirk Koetter, remember, arrived in Tampa in 2015 to be Winston’s offensive coordinator under Lovie Smith in the latter’s second year. Smith was fired a year later, amid speculation that the team was regressing under him, but largely because the Bucs felt they had to keep other teams to snatch Koetter away just a year into his partnership with the No. 1 pick and franchise player. Clearly, Licht and Smith blew the team up to start over twice in their two years together, but now Koetter had to justify the organization backing him.

Three years later, they’ve followed Smith’s 8-24 record with a 17-22 mark after Sunday’s loss in Cincinnati and benching of Winston. Besides the quarterback shenanigans, they fired defensive coordinator Mike Smith two weeks ago. The sense of regression that derailed Lovie Smith’s tenure has been replaced by a sense of running in place.

There’s also this: The Bucs have hired four coaches since firing Jon Gruden 10 years ago. None has lasted more than three seasons.

Koetter, again, is in his third season.

One: Give him all the praise and credit he is due this season, particularly for Sunday’s win in Cleveland, when he had 212 combined yards and two rushing TDs. It was his fourth game of more than 100 yards rushing, and his second of more than 200 total from scrimmage. He is what the Steelers believed he could be when they drafted him in the third round last year.

Two: Stop grabbing Conner by the ankles and swinging him with all your might at Le’Veon Bell’s head. (Apologies to George Carlin, who laid out a much funnier version of this concept.)

Conner’s accomplishments stand on their own. They do not, in any way, diminish who Bell is, what he’s done as a player or what he’s trying to do with his contract. Conner deserves better than that — particularly since, at this rate, he’ll be in Bell’s underpaid and underappreciated shoes soon enough.

And, contrary to popular belief based on the general disgust the public has for athletes standing up for what they’re worth, Bell deserves better, too. Digging through the trash to find a stat that belittles the excellence Bell has produced in his career is beneath everybody. Don’t make it worse by using Conner as your shovel.

Good luck figuring out the Lions. They started 0-2 with a wretched performance in the opener against the Jets. They followed that with a domination of the Patriots. They won three of four overall, one in which the Packers’ Mason Crosby was a nightmare on kicks, and one in which they steamrolled the Dolphins in Miami.

And then there was Sunday, at home, against still so-so Seattle.

The defense that shut down Tom Brady a month earlier got carved up by Russell Wilson. They also gave up 105 yards rushing to Chris Carson, when the Seahawks have struggled to mount a consistent running game for more than two years. This all happened with Damon “Snacks” Harrison joining them from the Giants. Matthew Stafford negated a respectable showing by turning it over twice in the fourth quarter, including a pick at the Seahawks’ 1-yard line with a chance to make the game close. Finally, the freelance scramble for a first down by punter Michael Dickson went viral in the final minutes and the rest of the day.

These are things that got Matt Patricia’s immediate predecessors, Jim Caldwell and Jim Schwartz, raked over the coals weekly. The inconsistency and unpredictability, the mental lapses and sloppiness, the inability to count on the Lions from week to week no matter who they played or where — it’s what fails them in relatively good seasons and disastrous ones.

Time will tell which of those this season is. Right now, it just seems like the same old Lions, only with someone new in charge. 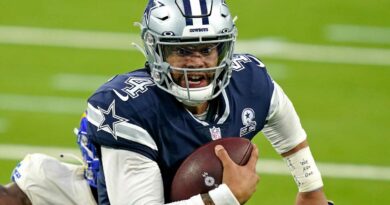 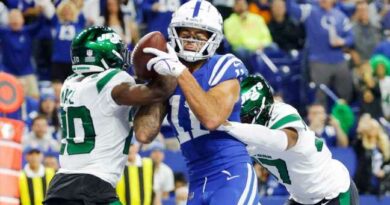