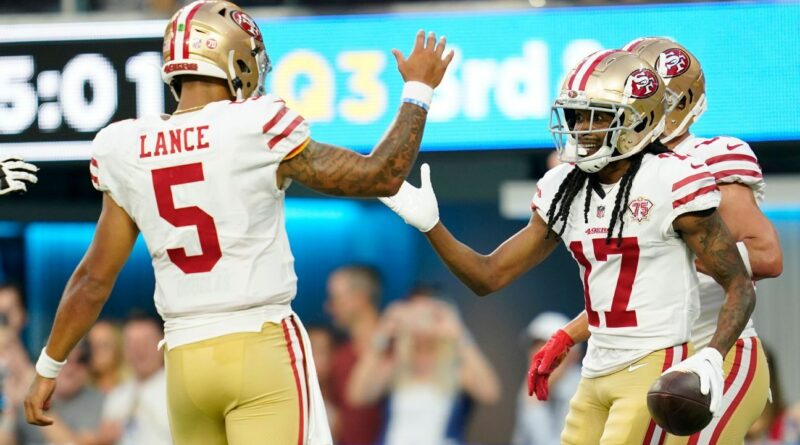 Lance got off to a quick start in last week’s game against the Kansas City Chiefs, hitting an 80-yard touchdown pass to receiver Trent Sherfield on just his second pass attempt before completing just one of his final seven attempts. But on Sunday night against the Los Angeles Chargers, it took Lance longer to find a rhythm.

After his first three series, Lance’s passer rating was 0.0, as he went 1-of-5 for 9 yards with an interception thrown too hard and a bit too high for wideout Mohamed Sanu. He also took a sack as those drives ended with a punt, interception and another punt.

From there, Lance got it rolling, sparked by another deep connection to Sherfield, this time for 41 yards. Lance completed 7 of his next 8 attempts for 93 yards with two touchdowns on his final three series before calling it a night.

Lance, whose first drive came behind the starting offensive line (without left tackle Trent Williams and center Alex Mack), settled in on his fourth series, taking over with 57 seconds left at San Francisco’s 25. Lance hit Sanu for a 5-yard score with 12 seconds left in the first half and fired a strike to wideout Travis Benjamin for a 16-yard score on his sixth and final drive.

Lance finished 8-of-14 for 102 yards with two touchdowns and an interception for a passer rating of 89.9. He was sacked twice out of his 30 snaps before giving way to third-string quarterback Nate Sudfeld.

Before the game, Niners general manager John Lynch said on the television broadcast that the initial quarterback plan was for Garoppolo to play a series, then hand it to Lance for two before returning to the game.

But Garoppolo’s first series was long enough that coach Kyle Shanahan opted to end his night after his third-down pass in Chargers territory sailed a bit high and off the hands of receiver Brandon Aiyuk for an interception to Chargers cornerback Asante Samuel Jr.

Garoppolo finished 3-of-6 for 15 yards with the interception for a passer rating of 16.7.

For the second week in a row, the 49ers held most of their key players out in their efforts to be ready for the regular-season opener. In addition to Williams and Mack, tight end George Kittle, linebacker Fred Warner, cornerback Jason Verrett, running back Raheem Mostert, ends Nick Bosa and Dee Ford and safety Jimmie Ward did not play against the Chargers. 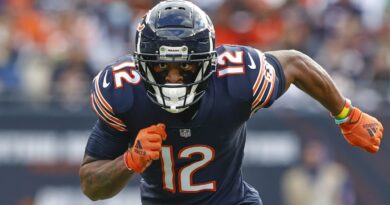 2021 NFL trade deadline: Seven deals that SHOULD have happened 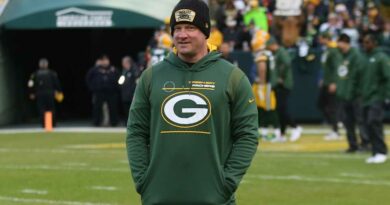