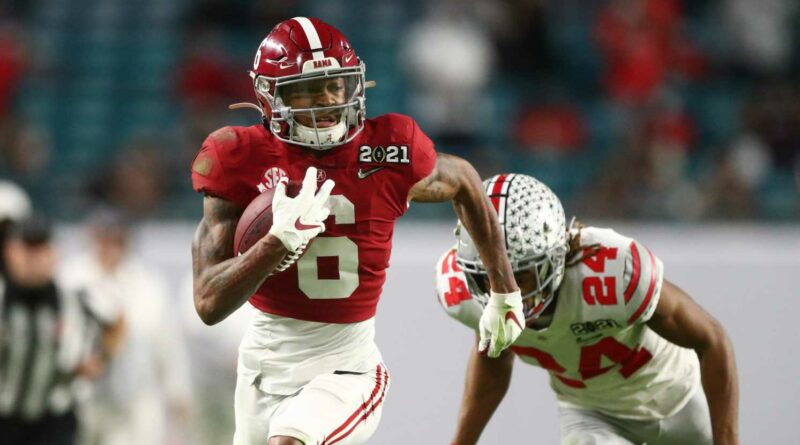 The national championship game between Alabama and Ohio State on Monday, which saw the Crimson Tide dominate the Buckeyes 52-24, will go down in the history books as one of the least watched title games ever.

ESPN announced that the game drew 18.7 million viewers total, the smallest audience for a title game in 23 years.

According to Sports Media Watch, the game was the least-watched in the College Football Playoff (2014-present) and BCS (1998-2013) era. It also was a 27% decline from last year's national championship game between Clemson and LSU. Both of this season's College Football Playoff semifinal games drew larger numbers (19.2 million for Ohio State-Clemson and 18.9 million for Alabama-Notre Dame) — the first that's happened with a semifinal in BCS/CFP history, according to Sports Media Watch.

By comparison, the previous six title matchups averaged about 27.6 million viewers, according to The Hollywood Reporter.

According to Sports Media Watch, the previous low for a BCS or CFP title game was 21.4 million when Southern California dispatched Oklahoma in 2005.