Alabama quarterback Tua Tagovailoa is expected to miss the rest of the season after suffering an injury against Mississippi State, according to The Athletic.

After being tackled late in the second quarter of the No. 4 Crimson Tide’s 38-7 win over the Bulldogs, Tagovailoa remained on the ground in pain, tried to walk off with the help of trainers, but eventually needed to be carted off the field. The junior was later airlifted to St. Vincent’s Medical Center, according to Tuscaloosa News.

Senior Bowl director Jim Nagy had an earlier report, which suggested the injury was as bad as it looked.

When Tagovailoa went down, Saban immediately faced questions of whether the starting QB should have still been in a 35-7 game. The drive Tagovailoa was injured on was going to be his last series, Saban told ESPN during a halftime interview, but Alabama wanted the practice of running a 2-minute drill at the end of the quarter. 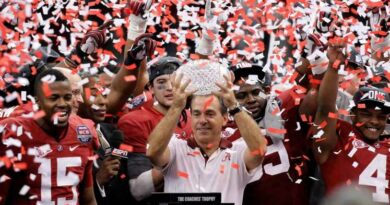 How the Browns can clinch an NFL playoff spot, still catch Steelers in AFC North 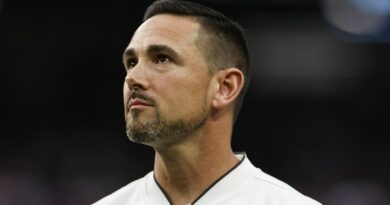 Matt LaFleur: Packers 'definitely need to get some speed' at receiver