The top-ranked Tide have beaten the College Football Playoff’s No. 3 team, LSU — largely considered the Tide’s first “real” competition this year — in a 29-0 snoozer. It not only clinched the SEC West championship, but also crossed off the team’s biggest remaining competition in the regular season.

More importantly, Alabama proved that it can still win without an otherworldly performance from Tua Tagovailoa.

Tagovailoa showed flashes of brilliance against LSU, completing 25 of 42 passes for 295 yards and two touchdowns and exploding for a 44-yard touchdown run (which may have sealed his case for the Heisman Trophy.) But LSU hits back against Alabama like no other team, and it showed with Tagovailoa, who looked gimpy at times for the third game in a row.

He threw his first interception of the year. He looked impatient in his throws. He was off target with receivers (give credit to LSU’s secondary for that, too). He looked good, yes, but also — dare we say it — mortal.

Luckily for Alabama, it found that the good old-fashioned way to win works just as well in 2018 as it always has.

“I’m satisfied with the way we played today. This is a tough place to play. You know, we wanted to kind of make a statement, too, in terms of the kind of team we had. People were talking about our schedule and whatnot, but I thought our players did a great job.”

Nowhere was that more apparent than with Alabama’s defense. It looked better than it has all season, limiting the Tigers to 196 total yards, including just 12 on the ground. In fairness, that’s partly because of LSU’s own offensive deficiencies, which were exposed in a way only Alabama can.

Alabama’s vaunted front seven — it still has one, you know — gave Joe Burrow the SEC treatment, sacking the Ohio State transfer five times and limiting him to 18-of-35 passing for 184 yards and an interception. No one looked better than lineman Quinnen Williams, who continued to play himself up NFL Draft boards by logging three sacks. Credit linebacker Mack Wilson for an acrobatic fourth-quarter interception in the end zone on the Tigers’ last drive of the game to seal the Tide’s first shutout of the season — nothing more than a point of pride at that point.

In all, Alabama forced nine punts, a missed field goal attempt and a red-zone interception, leading to this incredible stat: The Tide have posted consecutive shutouts, at night, in Death Valley.

MORE: The power of Tua Tagovailoa

That wasn’t the half of it, either. For those who wondered whether Alabama could pierce LSU’s stout defense, wonder no more. The Tide put up 120 rushing yards in the first half alone against a Tigers defense that was without heralded middle linebacker Devin White, who was suspended for the game’s first 30 minutes for a targeting penalty in LSU’s last game.

LSU fans, including politico and Tigers rooter James Carville, made a stink about White’s controversial absence, but the Tide actually had more rushing yards in the second half (161) with White in the game. It was reminiscent of Tide teams that made their living wearing down defenses late in games.

Damien Harris rushed a season-high 19 times for 107 yards and a touchdown. Najee Harris rushed six times for 83 yards. How did they play so well Saturday? Just look at how Alabama has been a scoring tour de force this year. The Tide have scored so quickly, so efficiently through the air that their top backs haven’t needed to stay in the game, ensuring they’d be fresh in games like this one, where pluck and grit matter more than flash.

It’s true Alabama scored a season-low 29 points Saturday, well below the Tide’s 54.1 points-per-game average. That’s to be expected at times, even for a team as scary-looking as Alabama.

Now we see, again, that the Tide can race past you and pound you into submission? That must make them look a whole lot scarier. 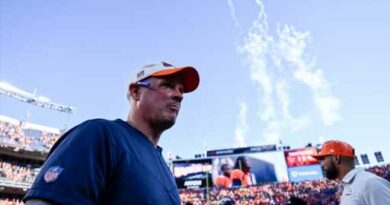