As Patrick Mahomes’ astonishing ascent continues midway through his first season as the Chiefs’ starting quarterback, the 10 teams that passed on him in the 2017 NFL Draft are suddenly looking very foolish. It goes without saying that hindsight is always 20/20 (50/50, if you’re Jon Gruden) and that nobody at the time could’ve known Mahomes would be this good this soon, but the fact remains that 10 teams passed on Mahomes, who is already the frontrunner for MVP.

The Browns were one of those teams. With the top pick in the 2017 draft, they selected pass rusher Myles Garrett. A year later — with the top pick once again — they finally selected their quarterback, Baker Mayfield. But if Mayfield had been calling the shots all along, neither he nor Garrett would’ve wound up in Cleveland … because he would’ve drafted Mahomes over Garrett.

On Wednesday, ahead of the Browns’ clash with the Chiefs on Sunday, Mayfield said that he thinks Mahomes, based on talent alone, should’ve been the top pick in the 2017 draft over his teammate.

“Talent wise, I thought he should have been — I love Myles but …,” he said, per Cleveland.com’s Mary Kay Cabot. “Coming from the Texas Tech system, there are always your skeptics, people doubting the fact that all he did was sit back there and throw the ball. He threw it 88 times in our game (a 66-59 Oklahoma victory over Texas Tech), but when it comes down to it, throwing the ball is throwing the ball, and he’s really good at it.”

Mayfield isn’t wrong. What Mahomes is doing right now is completely unprecedented for a young quarterback. In his first season as an NFL starter, he’s on pace to throw for 5,052 yards, 52 touchdowns, and 12 interceptions. If you combined the past five or so drafts, created one giant pool of players, and then redrafted all of those players, Mahomes would probably be the top pick. He already looks like the best quarterback in football.

All that being said, the Browns made out pretty great from the past two drafts. Garrett is a monster. He already has 15 sacks in 19 career games. Meanwhile, Mayfield looks like he has the ability to turn into the Browns’ franchise savior. He’s understandably undergoing growing pains in his first season, but he’s got the skillset to become that guy. We’ve seen it in flashes already. Now, it’s all about the Browns finding a coach who can develop him and construct a team that allows Mayfield to take off. Mahomes didn’t become an NFL candidate all on his own. He’s had Andy Reid coaching him up and a plethora of weapons to lean on each week. It’s time for the Browns to give Mayfield something similar.

As for the other nine teams that passed on Mahomes …

The Browns can have regrets about passing on Mahomes. But they made out far better than some of the other teams that also passed on him. 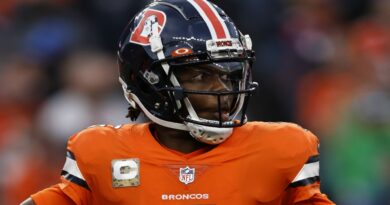 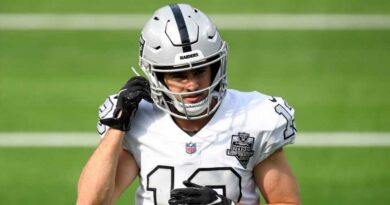 How tall is Hunter Renfrow? Raiders receiver looks to continue as team’s top target against Bengals