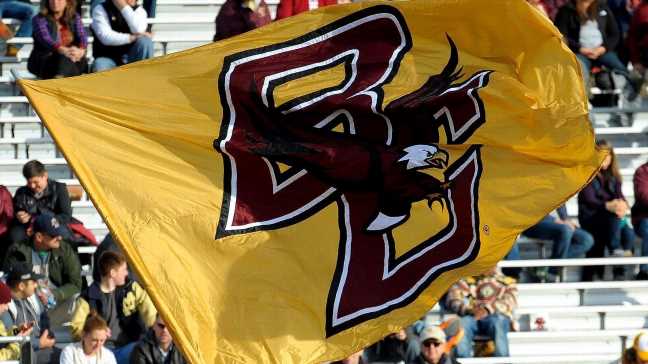 One of the top offensive linemen in the ACC is expected to miss the 2022 football season.

Boston College star guard Christian Mahogany told ESPN in a phone interview on Thursday that he tore the ACL in his right knee in May and will likely miss the entirety of the upcoming season. Mahogany injured the knee while working out at home in New Jersey.

Mahogany’s career trajectory appears to be taking a one-year detour, as he got the knee surgically repaired on May 27 by New York Giants team physician Dr. Scott Rodeo at the Hospital for Special Surgery in New York City.

While Mahogany hasn’t received a specific recovery timeline yet, the general ACL timeline is six to nine months. His recovery has gone well so far, he said, and he expects to return to play for Boston College in 2023.

“I think I’m probably going to come back because it’s hard [after an injury],” he said. “I’m going to leave no doubt on my college career. Especially after an injury like this, I’m going to prove that I can still do it.”

Mahogany was Boston College’s only experienced returning starter on the offensive line, which means that BC will have five new full-time starters to open the 2022 season. Of the projected starting five, only two linemen have started a combined four games.

Mahogany was coming off a 2021 season in which he’d earned second-team All-ACC honors and — with another stellar year — was well positioned to be a coveted draft prospect. Along with rehabbing, he plans to use this upcoming season to help his teammates, learn the game better and is focused on turning this experience into a positive that will help him in the long term.

“I’m up and down,” he said when asked about his emotions. “Somedays it’s up, and some it’s down. I’m trying to keep a positive attitude. This is the plan for me. This is something that I have to overcome in my career. I’m going to make a full recovery and come back by any means necessary.”

Mahogany redshirted the 2019 season at Boston College and then emerged as a starter and linchpin on the offensive line in 2020. In 2021, he emerged as a high-end player, a strong complement to another star BC guard, Zion Johnson, who ended up as the No. 17 pick in the 2022 NFL draft by the Los Angeles Chargers.

Mahogany projected to be the next in line of a strong lineage of Boston College offensive linemen, a position group that the program has consistently fed to the NFL for decades. According to ESPN Stats & Information research, Mahogany blew just one run block on 371 run block plays, good for the 11th-best rate in the FBS. He was also credited with just two penalties on the season, per ESPN Stats & Info data. He allowed just two quarterback pressures on 314 pass blocks.

Mahogany said he’s going to channel the knowledge from starting 21 games over the past two seasons and pass it on to his teammates. Only two BC offensive linemen have starting experience — redshirt junior Jack Conley (2) and redshirt sophomore Ozzy Trapilo (2). They were expected to start along with redshirt freshman Drew Kendall and redshirt senior Finn Dirstine. Redshirt sophomore Kevin Cline is one player who could absorb some of the available snaps in Mahogany’s absence.

He added: “Those guys have done so well and I’ve watched them grow. I have no doubt they’re going to do well without me.”

Mahogany credited BC coach Jeff Hafley with helping him find the best medical care and his mom, Francine Cerniglia, for taking good care of him at home. He said his current and past teammates, along with the coaching staff, have reached out daily to express their support. He’s eager to show them, and everyone else, that he can return to top form. “It’s going to be,” he said, “a great comeback.”

Ray Lewis’ sons will transfer to play at Kentucky 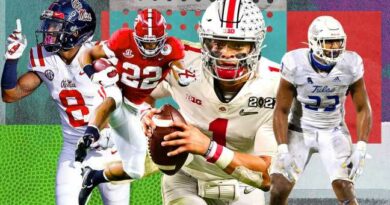