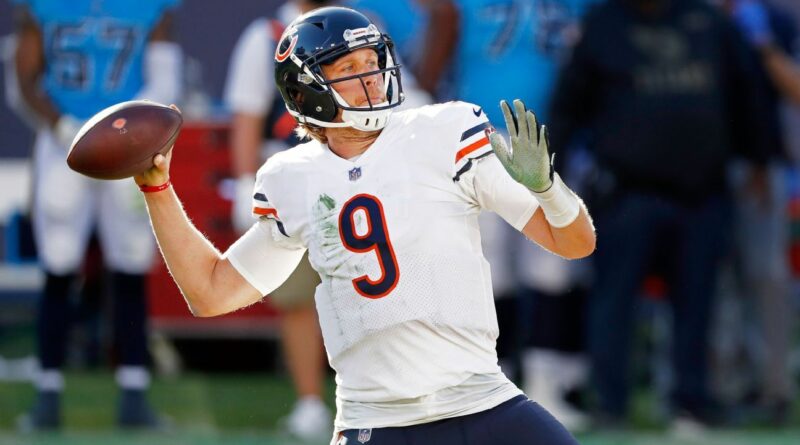 One year after Nagy helped spearhead the Bears’ acquisition of Foles from the Jacksonville Jaguars, the veteran quarterback’s name is being bandied about again as a potential trade target in light of Thursday’s foot injury to Colts starter Carson Wentz.

Nagy, who coached Foles — currently the Bears’ third-string quarterback — in both Kansas City and Chicago, said such speculation comes with the territory given Foles’ impressive career accomplishments.

He said he “absolutely” understands why teams would be interested in Foles. “And you’re talking about a Super Bowl MVP and a guy that’s started a lot of games,” Nagy said before Saturday’s practice. “He’s had a really interesting career in so many ways that I just think that he deserves that. I mean, anybody that’s had the career he has is somebody that’s always going to be … for all teams, as a third string guy, teams are going to look at guys like him.”

Nagy added that he and Foles have not discussed any of the trade rumors since the team reported to training camp at the beginning of the week.

“I don’t talk to him about that; he doesn’t talk to me about it,” Nagy said. “We just don’t go there because, again, that’s out of our control. He’s worrying about doing everything he can to just be great for us, and that’s what I like about our relationship. He’s happy with where he’s at here and he’s in a good place.”

Foles, 32, appeared in nine games for the Bears last season and passed for 1,852 yards, 10 touchdowns and eight interceptions. The MVP of Super Bowl LII, Foles has played for five NFL teams, including two stints in Philadelphia. He has 55 career regular-season starts and six in the postseason.

Foles’ current contract — one that he reworked prior to joining the Bears last year — carries an approximate $6.6 million salary-cap charge in 2021.

The 10-year veteran opened camp behind starter Andy Dalton and first-round pick Justin Fields on Chicago’s quarterback depth chart, but by all accounts he has embraced his current backup role.

“I would say probably 95% of people in Nick’s situation would handle it completely opposite of the way he’s handled it, from the time that I brought him in and told him that he was going be the third-string quarterback,” Nagy said. “And I have to give so much credit to him because he accepted it. He understood it. Was he happy about it? No. But he understood it. … From the time we got to OTAs until now, we all talked about how impressed we are with how he’s handled himself in that role.

“I mean, every rep he gets, which isn’t a lot, but every rep he gets, he acts like he’s the first-string quarterback. He comes in in the morning and gets his workouts in super early. He stays after practice and gets conditioning in. He told me that right now, he’s in the best shape physically and mentally that he’s been in his career. Honestly, that was shocking to me, because you never know where a guy’s going to come into the summer or after the summer, and he’s done everything in his power. It’s been really neat, and he’s been great for Justin and Andy.” 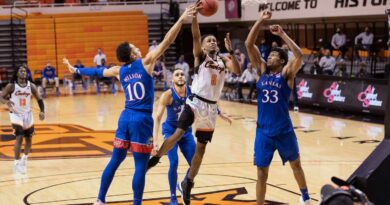 Baker vs. Burrow, Part I: The fun returns to the Battle of Ohio