Teven Jenkins’ whirlwind training camp has seen the Chicago Bears offensive lineman go from a possible trade chip to a chance to win a starting spot.

The Bears received trade calls earlier this month revolving around the 2021 second-round pick, who missed time during camp due to an injury. After struggling as a rookie at offensive tackle, Jenkins was lining up as the team’s third right tackle upon his return to practice.

Then in the past 10 days, the narrative has changed.

Jenkins was moved to right guard last week and started the second preseason game in Seattle. He’s expected to start there Saturday in the preseason finale in Cleveland with a chance to earn the No. 1 RG gig to open the season.

“It’s been like a rollercoaster and a mix of emotions for me,” Jenkins said, via the team’s official website. “Going from right tackle 3 to go to second right guard and I’m starting now, it’s a lot about seizing opportunity. That’s one thing I’m looking forward to doing this weekend.”

The preseason outing against the Seahawks was the first time Jenkins played guard since 2017 at Oklahoma State.

“A lot more comfortable than when I started because I actually had more reps under my belt,” he said, “and I’m starting to learn all the tendencies, all the consistency I need to have to be a guard instead of a tackle.”

The Bears drafted Jenkins envisioning him as a powerful tackle who could win in the run and passing game. But the new regime didn’t make the selection and isn’t beholden to that evaluation.

A strong performance Saturday could win Jenkins the job, but coach Matt Eberflus said the battle for the starting guard spot remains up for grabs.

Eyes of Bears fans will be on Jenkins on Saturday. If he can earn a starting guard spot, it would help bolster a struggling offensive line and could salvage the second-round pick’s future in Chicago. 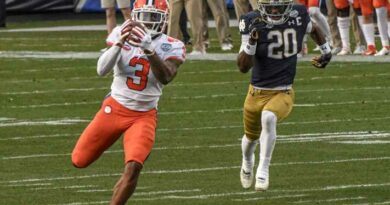 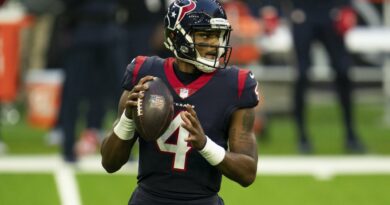