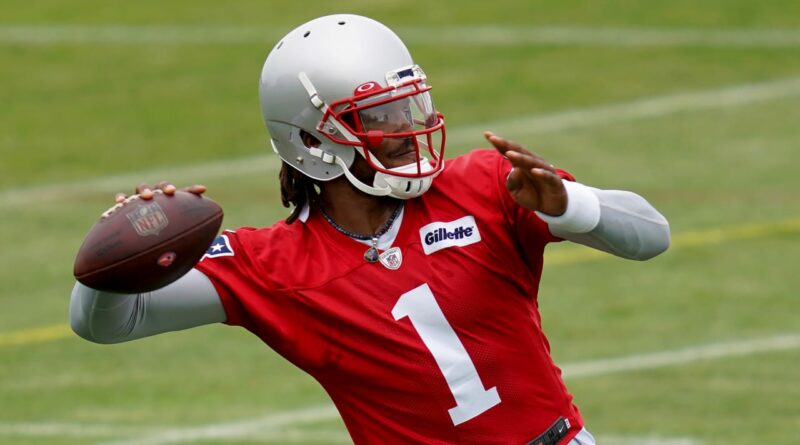 Training camp is for competition, preparation, improvement and evaluation in the NFL. It’s also an essential period for making decisions on a franchise’s immediate future.

Bill Belichick has made such a decision at quarterback, at least for now. After spending a first-round pick on the position and increasing the rate of pay for veteran Cam Newton , the Patriots do not appear to have deviated from their assumed plan: start Newton, let Mac Jones develop, and see where the two are as the season progresses.

Saturday offered an interesting admission from Belichick, though, who relayed the Patriots’ usual evaluation process to reporters in Foxborough and sounded as if he wasn’t so certain about the situation under center.

“We’ll take a look at the whole situation. I don’t think you want to evaluate players at any position off of one or two plays or maybe a day,” Belichick said. “From a consistency standpoint, that’s always important, and obviously production. Hopefully those things will be good, and I’m sure it will be a hard decision. But we’ll see how it goes. Let ’em play and try to do what we feel like is best for the team based on their performance.”

That statement sounds a lot like Belichick is very much still evaluating his signal-callers, leading to a question about a potential timeframe for naming a starter. Belichick quickly ripped away any potential intrigue regarding the position with his response.

“No,” Belichick responded. “I mean, Cam’s our starting quarterback, I think I’ve said that.”

Essentially, Belichick is more comfortable going with what he knows, even if what he knows (Newton) he’s only known as a Patriot for a year. Jones would have to mount a stunning push for the starting job as it currently stands.

Belichick managed to circle back to the usual coach speak of this time of year in regards to camp competition, but it did seem to have added truth to it after such a busy offseason. There’s more to figure out than just who will be receiving the snap from center.

“That’s right. Everyone does start from scratch,” Belichick said. “Again, we all have to re-establish ourselves and that goes for a lot of other players that you could name as well that I’m sure in your mind you think they’re starters and maybe they are and probably will be starters. But they all have to re-establish their positions. That’s across the board for the whole team. That doesn’t pertain to one particular position.”

New England is at somewhat of a pivotal point in its franchise’s history following a subpar first season without Tom Brady. The Patriots spent accordingly in the spring, but the money only matters when the production matches it. The work toward such output has already begun and stretches far beyond the one calling the cadence, but as we all know, the quarterback is the linchpin.

Right now (and seemingly for the near future), that essential figure is Newton.

Training camp is finally here! Be sure to check outNFL Network’s extensive live coverage, including Inside Training Camp every day and highlighted by Training Camp: Back Together Saturday Fueled by Gatorade on July 31.