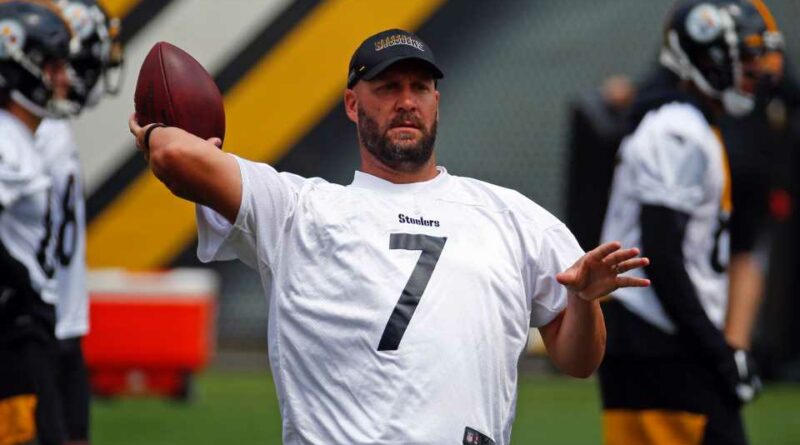 When Steelers quarterback Ben Roethlisberger was asked about T.J. Watt’s contract negotiation on Wednesday, he called the linebacker “arguably the best football player in the game right now, not just on defense, in general.”

What prompted this claim was Watt’s current contract battle with the Steelers, in which he’s entering his fifth-year rookie contract and is owed $10.1 million. If the deal is settled, Watt will be the highest-paid defensive player in the NFL.

Back in March, Roethlisberger, 39, decided to take a pay cut by $5 million so other players could earn more money. The 18-year veteran quarterback knew he wasn’t getting any younger, so he felt the need to give more money options to younger players, such as Watt.

“One of the reasons I took less money was for guys like him to get paid,” Roethlisberger said, via ESPN’s Brooke Pryor. “T.J. Watt is that guy who should get whatever he wants.”

Head coach Mike Tomlin showed no sign of doubt at Tuesday’s news conference, stating that he was “optimistic” that Watt would return to practices this week and be on the roster for Sunday’s game against the Bills.

But the timeline of making the contract agreement is close to ending as NFL Week 1 officially begins tomorrow. Roethlisberger, while remaining positive about Watt’s abilities and loyalty to the Steelers, seems to think Watt deserves more than what the Steelers are offering him now.

“We all feel bad for T.J.,” Roethlisberger said. “Everyone knows how bad he wants to be out there. He was here every single day and he didn’t need to be, working, busting his butt. He should get taken care of.”

Even though Roethlisberger doesn’t have much say about what happens with Watt’s contract, his public comments might have an effect on pushing the Steelers front office to finish the deal. Only time will tell, and that time will be soon.