On Saturday, July 30, NFL Network will present Training Camp: Back Together Saturday. Beginning at 9 a.m. ET, more than 50 analysts, reporters and team correspondents will provide 13 hours of live coverage from training camps across the NFL — plus, check out NFL Films-produced wired sound of players and coaches in action.

Cincinnati Bengals coach Zac Taylor confirmed Wednesday that quarterback Joe Burrow underwent an appendectomy on Tuesday, but Taylor did not provide a timeline for the star’s return to the building or the field.

Taylor added that Burrow is expected to be discharged from the hospital today and expressed confidence he’ll be ready to go when the time comes.

“The good news is he’s got two years in [the system],” Taylor said of Burrow. “He’s seen it. He’ll still have his iPad. He’ll still follow whenever he’s in meetings. We don’t expect him to miss a step mentally that way. I’m sure he’d love to have all the physical reps that he could possibly get, but he won’t be behind the 8-ball at all based on what happens.”

NFL Network Insider Ian Rapoport reported Tuesday that, as the Bengals were opening camp, Burrow was undergoing surgery to remove his appendix. With the reigning AFC champion QB on the mend, Bengals backups Brandon Allen and Jake Browning will get more run in training camp.

Taylor said that, prior to Burrow’s surgery, he had no plans set in stone as to whether Burrow would play in the preseason.

Burrow is entering the third season of his already stellar career. He’s eligible for a major extension following the 2022 campaign 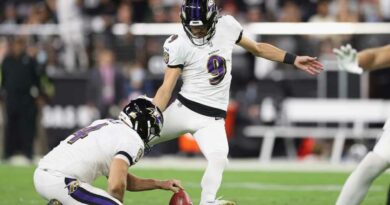 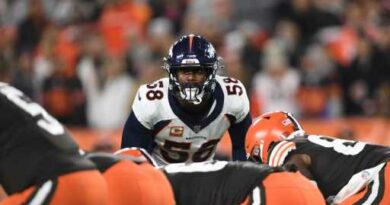 Von Miller reuniting with Broncos? The free agent says “I kinda want that old thing back.”