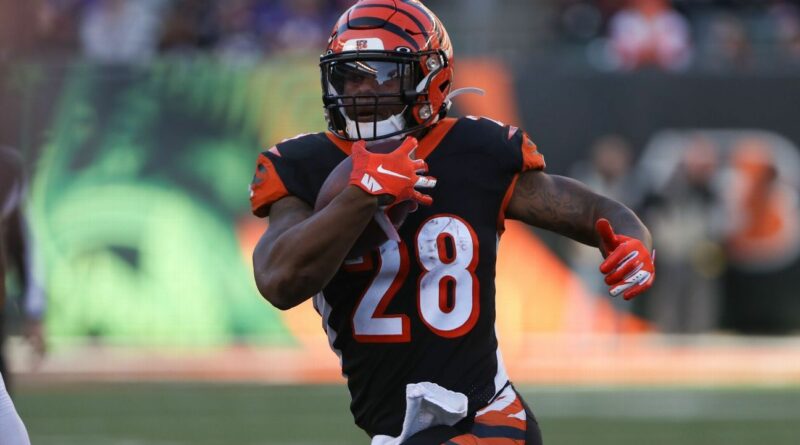 CINCINNATI — Cincinnati Bengals running back Joe Mixon wanted to set the record straight ahead of Monday’s big showdown against the Buffalo Bills.

The Bills might have the best record in the AFC, but the Bengals are still the reigning conference champs.

“At the end of the day, what people got to realize and understand, we the big dog of the AFC and that’s just what it is,” Mixon said after Saturday’s practice. “For anything to happen, it goes through us.”

The Bills (12-3) currently hold a one-game lead over the Bengals (12-4) for the AFC’s top playoff seed entering the “Monday Night Football” showdown. Throughout the week, Cincinnati has acknowledged the need to win the primetime game in order to keep hopes of home-field advantage in the postseason alive.

Mixon reflected that sentiment as well.

“We know what our end goal is and in order to get to that end goal we got to get through Buffalo,” Mixon said. “We got to keep one week at a time and everything else take care of itself.”

Buffalo (+350) currently has the best odds of hoisting the Lombardi Trophy, according to Caesars Sportsbook. The Bengals are fifth at +800.

But Mixon’s comments about Cincinnati being the team to beat reflected the team’s confidence entering the matchup of two of the top Super Bowl contenders. When asked about concerns regarding Buffalo’s linebackers shrinking the middle of the field, Mixon praised Tremaine Edmunds and Matt Milano but added that “they’re not the [Baltimore] Ravens.”

Mixon also pointed out that between the team’s rushing attack and the receiving corps that features Ja’Marr Chase, Tee Higgins and Tyler Boyd, Cincinnati has enough offensive firepower to give defenses problems.

“But at the same time, we’re going to play our game and we’re not going to let nobody dictate what we wanna do. That’s just what it’s going to be.”

Cincinnati coach Zac Taylor said the team is preparing as if Buffalo safety Jordan Poyer will play on Monday. Poyer, who missed the first two practices with a knee injury, participated in Saturday’s practice, according to ESPN’s Alaina Getzenberg.

Taylor did not make a determination on Bengals defensive end Sam Hubbard, who was limited throughout the week with a right calf injury. Taylor said the call will be made as the team gets closer to kickoff and Hubbard doesn’t need to be a full participant in order to play against the Bills.

“Sam’s one of those veteran guys that know how to manage his body and mentally is always sharp,” Taylor said.

As of Saturday afternoon, the Bills were 1.5-point favorites over Cincinnati, which has the AFC’s longest active winning streak at seven games. The Bills are bringing a six-game win streak into Cincinnati ahead of a showdown the Bengals are eager to play.

“The Bills, what better team would you be able to go up and put your best against?” Mixon said. “It’s a great opportunity for us, but at the same time I know our guys, we [are] ready.”