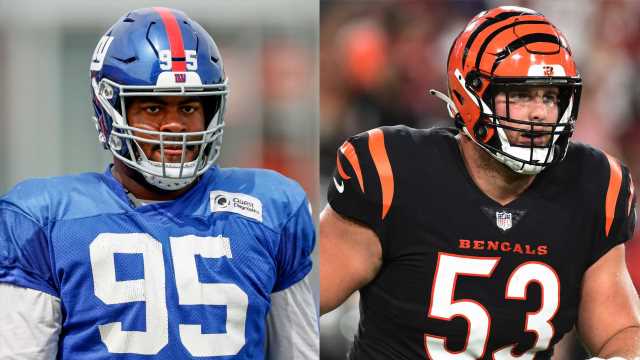 Billy Price’s time in Cincinnati was headed for a likely conclusion following 2021. The Bengals sped up that timeline by trading him Monday.

The player-for-player swap makes sense for the Bengals, who are attempting to extract some remaining value out of a first-round pick once spent on Price. The former Ohio State center was a hot prospect entering the 2018 draft, but suffered a torn pectoral muscle during his combine workout. He was never quite able to regain the form that once made him a coveted lineman, and Cincinnati ultimately made other plans, filling the spot with Trey Hopkins.

The Bengals declined Price’s fifth-year option, leaving just 2021 on his contract. He’ll spend that as a member of the Giants, who could use additional offensive line depth and aren’t giving up much to try to help Price become an effective blocker in the NFL before his rookie contract expires.

Cincinnati, meanwhile, receives a defensive addition it could use following the losses of two rookie defensive linemen (Wyatt Hubert and Joseph Ossai﻿) and Cameron Sample﻿’s minor shoulder injury. Hill is listed as a defensive end in New York’s 3-4 scheme, but is fit to fill a defensive tackle role in Cincinnati’s 4-3 defense. Hill will likely slot behind new addition Larry Ogunjobi at the 3 technique, providing depth behind a quality defender in Ogunjobi, who needed extra time to get healthy at the start of camp before reaching full speed.

Opinion: History found Vanderbilt kicker Sarah Fuller, and she was perfect for it