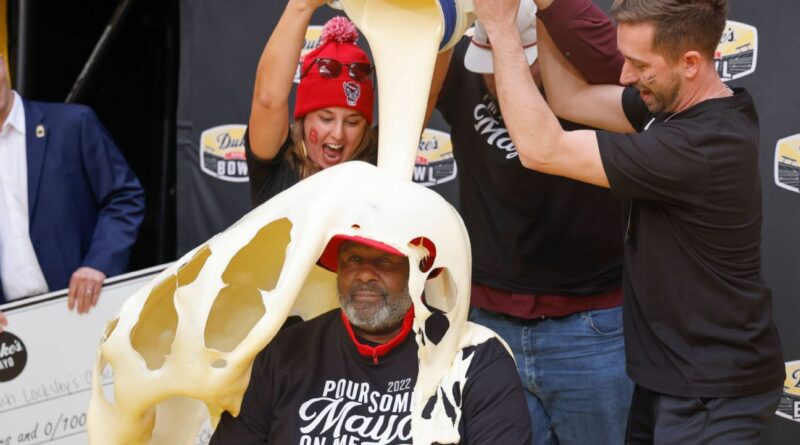 The time has finally come. The College Football Playoff National Championship game is finally here. But before we crown a No. 1 team, let us pause, grab a bowl from the cabinet, fill that bowl with whatever your favorite snack might be (perhaps even some snack that you learned about over the last three weeks) and dive into that bowl with both hands as we dive into what might very well have been the greatest bowl season that ever bowled.

Think about it. With 42 of 43 of this year’s postseason contests in the books, we have had no fewer than 20 decided by a touchdown or less, including a trio of three-point games, five two-point games and a fearsome foursome of clashes that were decided by a scant one point, including the New Year’s Eve countdown semifinal stunner between Georgia and Ohio State.

So, while TCU and UGA prepare for the CFPNC, let’s TBT to a DEC and JAN that were OMG. It’s the 2022-23 edition of the Best of Bowl Season.

We mentioned all those snack ideas, and you totally knew what we were referring to, didn’t you? That’s because the bowl sponsor marketing and activation teams were in a postseason groove that would make even Stetson Bennett jealous.

Then Tony the Tiger Bowl provided the bath we never knew we needed with a bucket of dry cereal dumped over the head of Pitt coach Pat Narduzzi and then tossed into the air by offensive lineman Owen Drexel like he was LeBron James at the scorer’s table.

Then there was Eastern Michigan coach Chris Creighton, who was showered in French fries after winning the Famous Idaho Potato Bowl … and then snatched up a bunch of spuds from that bowl’s trophy and started juggling them like he was in Cirque du Soleil.

No food-based performance topped that of the person behind, er, inside the foam form of the mascot at the Cheez-It Citrus Bowl, aka Ched-Z. It was in more places at once than Laura Rutledge. It rose out of flames during pregame, and hugged it out with athletes on the sideline after big plays. It even got a bunch of LSU players into trouble with the coaching staff when they dogpiled with Ched-Z in what appeared to be… a giant orange end zone bed?

As we’ve already established, there were plenty. But none topped what went down in the Liberty Bowl, where Kansas, who went 2-10 two years ago, went to OT with Arkansas, who went 2-10 three years ago. The Jayhawks were down 25 points in the third quarter but chipped away and used a bizarro onside kick to set up the scores that sent the game into extra innings. By the time the Hogs prevailed 55-53, the game held in the shadow of Graceland had produced a King-worthy pile of deep-fried stats, with 1,284 yards of offense, five lead changes, 108 points, 3 OTs and, oh yeah, that 25-point comeback.

I can already feel Tulane fans being Green (Wave) with envy that their improbable comeback win over Caleb Williams and USC was the pick for best game. But they’ll bounce back. Like, say, a Green Wave made from more than 300 recycled tires. Cotton Bowl sponsor Goodyear commissioned art pieces of each school’s mascot for the game.

One doesn’t want to eat too many Cheez-It crackers at the Cheez-It Citrus Bowl only to regurgitate those crackers when that bowl takes you to an amusement park.

The Duke’s Mayo Bowl has arguably the best field trip of them all, ride-alongs in NASCAR Cup Series stock cars at the Charlotte Motor Speedway… even if it takes a crowbar and a jar of mayonnaise slathered on the rollbars to squeeze the linemen into those machines.

They did know they also had to play a game, right?

From pirate helmet stickers throughout seemingly every game to Texas Tech opening the Texas Bowl in the Air Raid formation to TCU’s run to the title game, the fingerprints of Mike Leach have been all over every corner of the postseason. But nothing could top the emotion seen on the Mississippi State sideline as his last team iced their comeback win over Illinois in the ReliaQuest Bowl.

In a season filled with unbridled trash talk between official team social media accounts, the ultimate prize for “Oh damn, they really did that” goes to a group of South Carolina fans, who raised enough money to fly a banner above the Orange Bowl. Why? The game was between Tennessee and Clemson, both of whom had their CFP hopes crushed via upset losses to the Gamecocks over the final two weekend of the regular season. South Carolina blew a lead over Notre Dame to lose the Gator Bowl, and their orange foes photoshopped the banner to read “ENJOY YOUR BOWL LOSS GAMECOCKS” but it was too late. That smack competition was already over.

Gavin Hawk, aka Stone Cold Big Hawk, was already known to the fans of Houston football, but was discovered by the rest of ‘Merica during the Cougars’ Independence Bowl victory over the Louisiana Ragin’ Cajuns. With his glorious red mullet shimmering in the breeze, the equipment manager doesn’t merely retrieve the tee after kickoffs, he attacks that tee. We had Hawk as a guest on “Marty & McGee” prior to the Peach Bowl, where he revealed that he was paying homage to legendary Houston Oiler tee retriever Bill “Mojo” Lackey, who was once named the All-Madden Team, and also explained that he honed his turf-diving mechanics by working with a local professional wrestler in a ring. When asked what products he uses to maintain his mullet he said it was a shampoo called “Flow Envy.” After the last few weeks, we’re going to invent our own formula and call it “Bowl Envy.”

The 25 most important players in the College Football Playoff chase 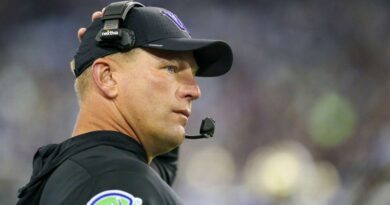