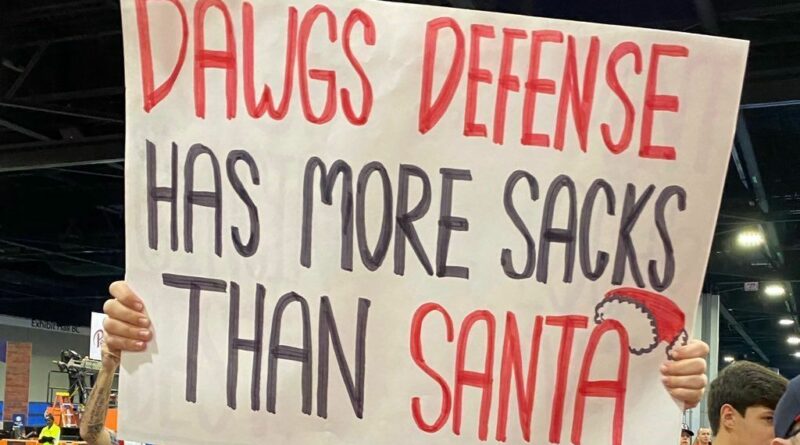 It is the final weekend of the college football season — championship Saturday. The College Football Playoff picture will get a lot clearer after today’s games.

The SEC championship in Atlanta is the top game of the weekend with the No. 1 Georgia Bulldogs facing the No. 3 Alabama Crimson Tide. No matter what happens Saturday, it seems Georgia will be in the top four. Alabama, after a gut-wrenching, four-overtime win over Auburn last week, likely can’t say the same for its chances.

The day starts with the No. 5 Oklahoma State Cowboys facing the No. 9 Baylor Bears for the Big 12 crown. The Pokes have charged up the rankings and, with a win and a little help, could earn their first ever playoff berth. Saturday night, the No. 2 Michigan Wolverines play the Iowa Hawkeyes for the Big Ten title. After a resounding win over rival Ohio State, another win Saturday would put Michigan in the playoff. In between those two games, the No. 4 Cincinnati Bearcats will try to stay undefeated and cling to their playoff hopes against Houston.

The SEC title game kicks off at 4 p.m. ET, but before the teams meet inside Mercedes-Benz Stadium, College GameDay sets the table for the day.

Here are the best signs from the Georgia and Alabama fans in Atlanta:

‘Coaching the TV’: Inside Nick Saban’s Iron Bowl from home