Home » Bill Belichick: Patriots 'have a lot of things we've got to work on' at QB between now and Week 1 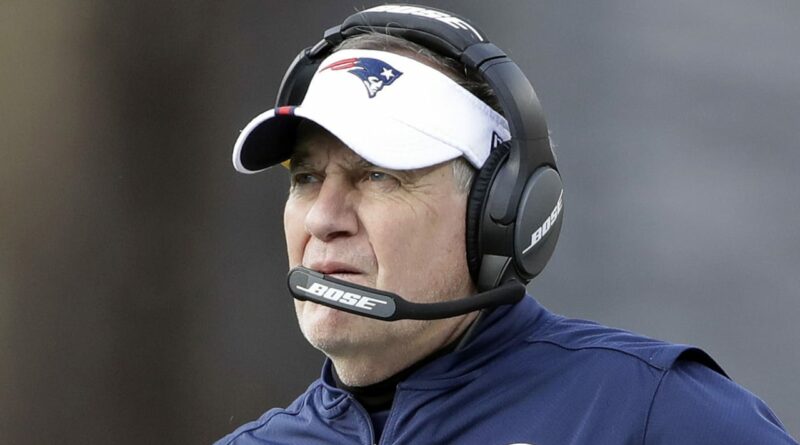 The Patriots’ quarterback situation and our subsequent monitoring of it is only just getting started.

As expected, so is Bill Belichick’s crafty avoidance of making any definitive statements on the matter.

Belichick spoke with reporters Thursday and unsurprisingly fielded a question about the state of the position at the top of his media session. His response: They’re all at square one, just like the rest of their teammates.

“I think all the quarterbacks are working hard and again it’s a starting-over process for everybody, so some have been here, some of them haven’t, they’ve had various levels of opportunity to work in our offense, but really we’re starting everybody at the same point like we always do at this time of year,” Belichick said. “Mac dove into the playbook and continues to do that, like everybody out there. We all have a lot of things we’ve got to work on. That includes everybody. So that’s what he’s doing. That’s what everybody’s doing.”

It’s a fair answer to receive from a typically guarded coach near the end of May. It’s safe, it isn’t revelatory, and it also doesn’t pin pressure on the new arrival, Alabama product Mac Jones.

But it’s also interesting when compared with how Belichick responded to a question regarding the incumbent signal-caller, ﻿Cam Newton﻿.

“Cam’s been here all the way through,” Belichick said. “He was here at the beginning and has been a consistent participant, continues to give us the usual leadership and energy that he brings to the field and to the workouts and practice. Cam’s very professional, and I’m sure that he’ll continue to work hard and do his best out there like he’s always done for us. It’s never been anything but that from the day he got here.”

If we read the very thin space between the lines, we can see that Belichick clearly has established respect for Newton, his work ethic, his style of play and his commitment to his craft. He seems to have Newton as his top quarterback at this point, which he undoubtedly should when considering track record, accomplishments, athletic ability and experience. At this point, there isn’t exactly a ton of debate between who is New England’s best option.

That can — and let’s be serious, will — change between now and Week 1. Quarterback competitions are all the rage, and because of New England’s struggles last season and Newton’s up-and-down campaign, things aren’t exactly solidified at the position. The Patriots selected Jones with their first-round pick with the long-term plan in mind, but that could also be quickened if Jones leaves the staff flabbergasted in training camp and the preseason.

That’s not even close to guaranteed, of course, but any time a team spends its top pick on a quarterback, anticipation will follow. We’ll hear about this situation plenty in the months ahead, starting with close examination of just how many reps each player is getting with the starters.

In fact, Belichick touched on that Thursday.

“It’s hard to get everybody the right amount of work or get them at a high volume. You try to balance that out and give everybody an opportunity, try to spread the reps out,” Belichick said. “It’s very important for players at every position to learn from the guy who’s taking the reps. Even if they’re not in there taking it, mentally they can still take it and go through the process. In the quarterback’s case, there’s his pre-snap keys and real-time timing. Guys watch it on film, but real-time timing of, alright, here’s what happens when the ball is snapped, here’s what I see, here’s where I go with the ball. But again, that’s true of every position.

“That’s what a good player will do, that’s what a good professional will do, they’ll take advantage of every rep whether they’re in there or not and then take advantage of the ones that they are in there, on the field for. We emphasize that to all the players. The plays that they get, they get. The team needs depth; you never know hats going to happen at any position. You can go very quickly from having too many to not having enough. At this point in time, we feel like all those players are good players. Brian has the most experience. Cam had a lot of experience last year. Jarrett’s had some off and on opportunities, but he’ll continue to get opportunities, and so will Mac. We’ll see how it goes.”

We didn’t mention the other two quarterbacks named by Belichick on Thursday — veteran Brian Hoyer and backup Jarrett Stidham — because they won’t command serious attention, but should see their fair share of reps during practice. This could create a logjam of sorts, and even if it doesn’t, it’s realistic to project Newton as the Week 1 starter, and some combination of Hoyer and Jones as QB2/QB3, with only one of the two likely dressing because of active roster limitations. The point: It might be a while before those who scooped up Jones jerseys will be able to see their new hope on the field.

Or, it could be sooner than we expect. We can bank on this topic living on through the summer either way. 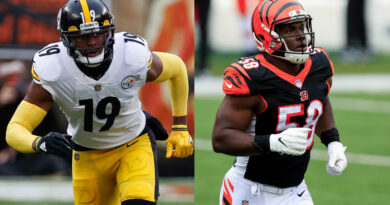 2021 NFL free agency: Best contracts given out so far 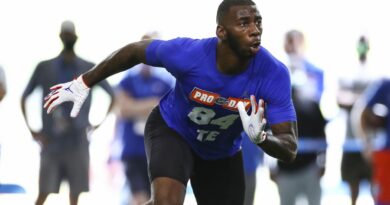