At this juncture in the 2017-18 NBA season one year ago, LaVar Ball was making just as many headlines as the Los Angeles Lakers’ young core of stars.

Interviews with LaVar reacting to the Lakers’ latest performance popped up regularly, which caused the team to eventually implement a “LaVar Ball rule” blocking the media from relatives of players at the Staples Center. As the young Lakers struggled, Ball called out a number of his son’s teammates, and feuded with coach Luke Walton.

The eldest Big Baller drew so much attention in the media that countless analysts speculated that LeBron James may not come to LA simply so he doesn’t have to deal with LaVar. In October of 2018, however, all the talk surrounding the Lakers is centered around LeBron James – and outside of the occasional story about his junior basketball league, LaVar Ball has kept a relatively low profile for months.

According to the Los Angeles Times’ Bill Plaschke, fear of LeBron James is stifling Ball this season.

Gabbert in for Titans with Mariota questionable 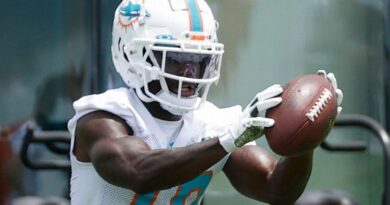