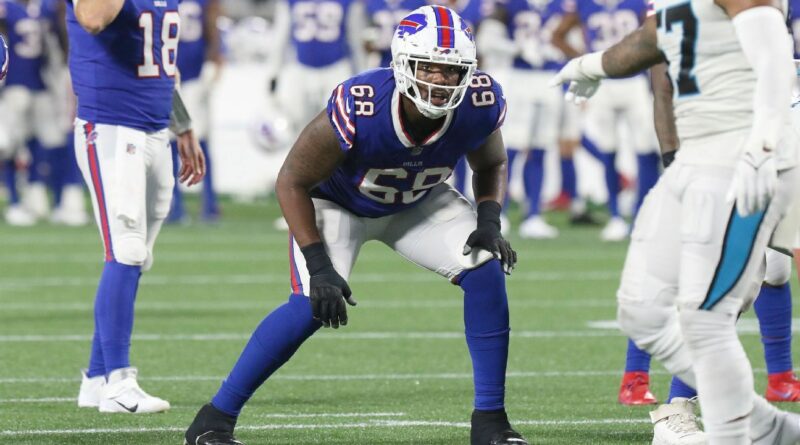 BUFFALO, N.Y. — The NFL on Tuesday suspended Buffalo Bills offensive lineman Bobby Hart for one game after the league said he took a swing at a Tennessee Titans player after Monday night’s game but instead hit a Titans coach.

Per the league’s release announcing the suspension for violating unsportsmanlike conduct rules, Hart’s actions came at the conclusion of the Bills’ 41-7 victory. Neither the Titans player who Hart took a swing at nor the coach hit by Hart were identified by the NFL.

In a letter to Hart, NFL vice president of football operations Jon Runyan wrote, “As both teams were heading to the tunnel, you walked directly across the field to seek out your opponent. You approached him near the end zone and a coach had to hold you back as others shook hands.

“Once you and your opponent were in the end zone near the tunnel, you confronted him and immediately swung at him with a closed fist, striking the head of a Tennessee coach. Your aggressive conduct could have caused serious injury and clearly does not reflect the high standards of sportsmanship expected of a professional.”

Hart, who played in three games for the Titans last season, is a backup offensive lineman for the Bills. He played 25% of the team’s offensive snaps vs. the Titans, largely in the fourth quarter once the game was out of reach. He also played seven special teams snaps.

Hart will be eligible to return to the active roster on Monday, Sept. 26 after the Bills’ Week 3 game against the Miami Dolphins. 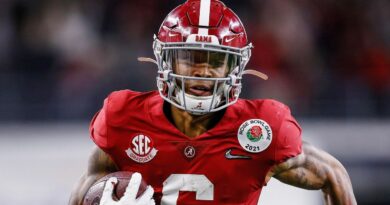 Brady meets with AB, says plenty of work ahead

SEE IT! Gronk sets Guinness record for ‘highest’ catch (No, not that kind of high — although…)