New York Jets quarterback Zach Wilson has taken heat in recent weeks as he struggles to find consistency and makes too many mental errors, including three interceptions in last week’s loss to the New England Patriots.

The second-year signal-caller has tried to ignore the noise.

“I don’t look at any of that stuff,” Wilson said Thursday. “I focus on what’s going on in this building with me and the guys, what my coaches are seeing, things that go on in the game and then we just try to learn from those and move on.”

The Jets’ Week 9 matchup against the Buffalo Bills offers a comparison to another young quarterback who took time to find his place in the NFL: Josh Allen.

The Bills quarterback joined the Kyle Brandt’s Basement podcast this week and defended Wilson, noting he had a similar game against the Patriots in 2019.

“I think it’s a guy trying to make a play, and I was at that same position,” Allen said. “I threw three picks against the Patriots my second year, and that’s kind of the game where it all clicked for me, after that game. So you can take that for what it is.”

Like Wilson, Allen didn’t set the NFL ablaze off the bat. He struggled as a rookie to make throws, and those issues lingered into his second campaign. But down the stretch of Allen’s sophomore season, he began to show signs of what would ultimately make him one of the best young quarterbacks in the league.

“Sometimes it takes a little longer,” Allen said. “It took me a while to kind of understand the nuances of this game and trying not to do too much. I think that’s what it comes down to, not trying to do too much and allowing you to trust your guys on the field with you.”

Allen’s trajectory is the exception, not the rule. To go from a big-armed QB with a spinning head who missed an array of throws to a perennial MVP candidate is an outlier, but one Wilson is attempting to replicate.

The next nine games are crucial for Wilson. As Allen did, Wilson must show growth down the stretch to affirm the Jets’ belief that he can be their franchise signal-caller. Otherwise, it could be back to the drawing board for a Gang Green club that has been a revolving door of highly drafted QBs who don’t pan out. 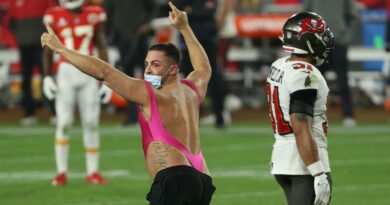 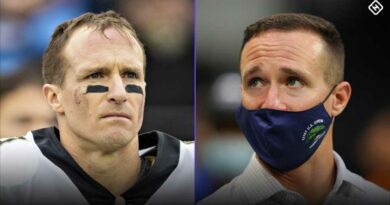 What happened to Drew Brees’ hair? A timeline of the former NFL QB’s reappearing hairline