Bills linebacker Von Miller suffered a knee injury in Thursday’s game against the Lions and was ruled out after he was carted to the locker room.

The initial diagnosis on Miller’s injury is a knee sprain, NFL Network Insider Ian Rapoport reported. Miller will undergo an MRI, among other tests, to confirm the diagnosis Friday, but will miss some time, Rapoport added.

Miller suffered the injury with just over two minutes remaining in the first half when his leg got caught up under a Detroit offensive lineman. He walked to the sideline under his own power, but was carted away after he emerged from the medical tent.

The eight-time Pro Bowler had one tackle in the game at the time of his injury.

Miller’s compiled eight sacks and a forced fumble this season for Buffalo after signing with the team in the offseason.

With Greg Rousseau and Miller’s backup, A.J. Epenesa, already inactive due to ankle injuries, Buffalo was left with three defensive ends for the remainder of the game. 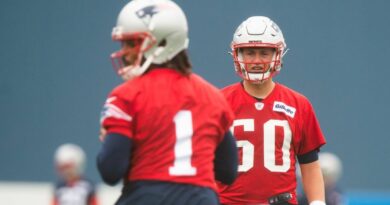 One reason why each NFL team WON’T win Super Bowl