﻿Quinton Spain﻿’s time in Buffalo is at an end.

The team announced it cut the veteran guard Wednesday.

The move came after Spain tweeted it was “time for a change.”

I want to say thank you to the Bills and #BillsMafia Just time for a change, but I appreciate y’all. pic.twitter.com/N8B2MTZ9EE

After going undrafted out of West Virginia in 2015, Spain worked his way into a full-time starter in Tennessee in 2016. He started 48 games over four seasons with the Titans. Last year, he started 16 games at guard for the Bills.

Spain signed a three-year, $15 million deal in Buffalo back in March, including a $1.5 million signing bonus, a $1.4 million roster bonus, and $1.6 in guaranteed base salary, per Over The Cap.

Spain started the first two weeks of the season but took a backseat during an O-line rework in Weeks 3 and 4. He missed the past two games and was listed on the injury report in Week 6 with a foot injury.

In a league in constant need of offensive linemen, Spain should land a gig with a team struggling with their interior line and looking for a veteran presence. 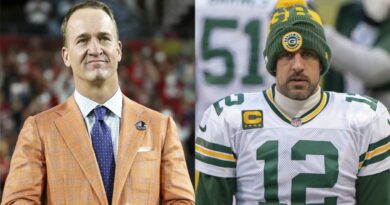 How some Black college basketball coaches are honoring John Thompson