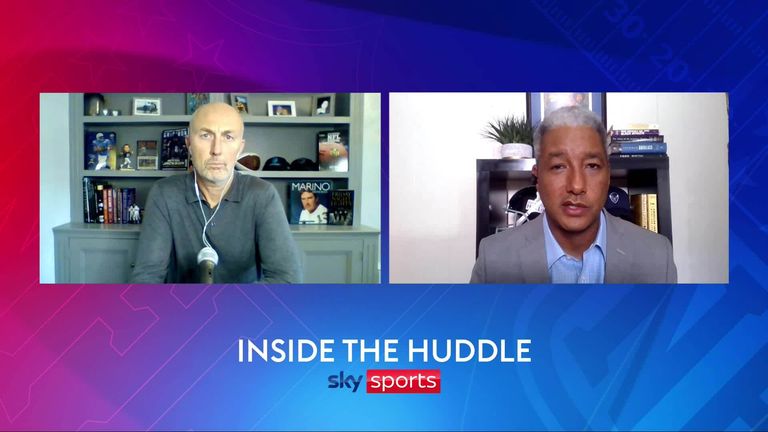 NFL Network reporter Steve Wyche says there is “still a way to go” when it comes to diversity representation at the head coach and general manager level in the NFL.

Speaking on the latest Inside The Huddle podcast – which you can listen to in the player below – Wyche was of the opinion “there have been sham interviews” when it comes to satisfying the ‘Rooney Rule’, a league policy which requires teams to interview ethnic-minority candidates for head coaching and senior football operation jobs.

Currently, out of 32 NFL teams, there are only two black head coaches, one Latino coach, and two black general managers, something Wyche believes is “clearly an issue”, but one he says the league are looking to address with amendments to the Rooney Rule.

As part of an ITH Black History Month special, Wyche said: “In any industry, without representation of all walks of life, including women, regardless of your ethnicity, you’re not going to be able to have a full, open-minded train of thought on certain things.

‘Getting people in executive positions is the next step’

“There is still a way to go. It is an issue the NFL is trying to address, in terms of the league itself, but it is individual owners who continue to make decisions to hire people who look like them.

“There have been sham interviews. Before the Raiders hired John Gruden – they knew he was going to be their guy – they just grabbed somebody who had been a tight ends coach, a black man, they interviewed him and it was ‘thanks, but no thanks’ and then they made their move on Gruden. 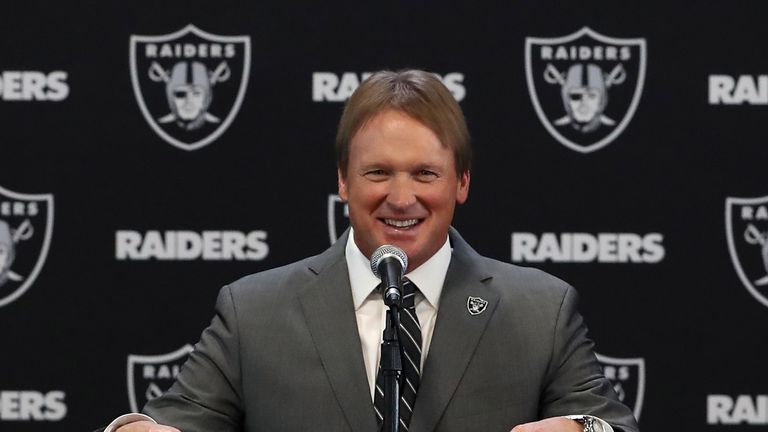 “So what the NFL has done is they have really beefed up the Rooney Rule, not just for coaching and general manager positions, but for all positions of executive power, even in the league office – you must interview at least two people of colour from outside of your organisation. You can’t just have somebody be the sacrificial lamb from inside.

“And the reason why they have added recently that it has to be two people is, studies have found that if you interview just one person of colour nothing is going to change. The second you’ve interviewed two or more, the data shows diversity hiring is significantly increased.

“In previous years, let’s say there were five coaching openings, those teams would interview the same people year after year. Leslie Frasier, for example, would interview for those five teams and everybody would knock off their diversity interview and then hire a white guy. The same with general managers.

“By slowing the process down and making them interview multiple people, it won’t allow that type of token type of checking of the box that has happened in the past.

“Let’s see if it changes anything. 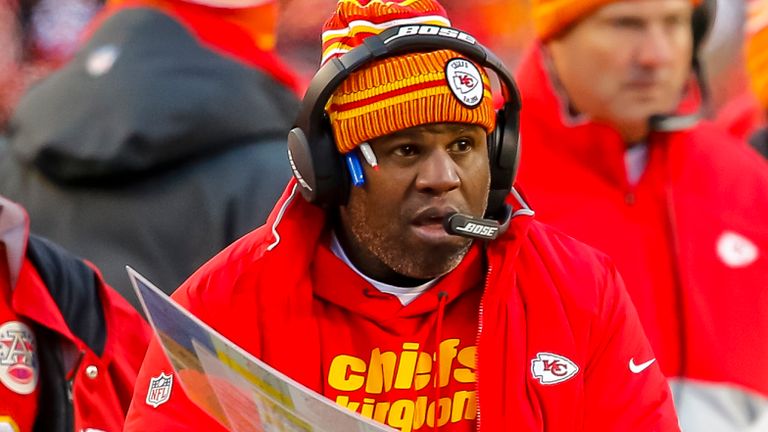 “Getting people in executive positions really is the next step.”

Wyche added that he is hopeful representation at the coaching and executive level in the league will follow the lead of the quarterback position, with many of the game’s leading lights at the position now representative of minority backgrounds.

It is a far cry from the position just 32 years ago when Washington Redskins quarterback Doug Williams was the first black quarterback to start in a Super Bowl.

‘Black players and coaches were banned for more than 10 years’

Even further back, the story of Fritz Pollard is not one that is known too widely outside of NFL circles, but one that thankfully is being told as part of Black History Month, with a special ‘NFL 360’ film documenting the first African American to play and coach professional football available On Demand. “So many people have no idea who he is, as the current generation assume – because of television – that Art Shell, who became head coach of the LA Raiders in 1983, was the first black head coach,” said Wyche.

“Art, who did a great job there and who was a Hall of Famer himself as a player, he was the first person we saw. But here’s Fritz Pollard, who coached in the 1920s – a player/coach for the Akron Pros.

“This was before the NFL had anything like the magnitude and popularity it does today. The recognition is hardly there.

“Shortly after Pollard coached – he only coached for about three years in total – black players and coaches were banned from the NFL for more than 10 years.

“We hear about the Fritz Pollard Alliance, a group in the NFL today that hold the league and teams accountable for their diversity hiring and professional practices, but who is Fritz Pollard?

“You have to go back and look. And what this education and this film does is make people recognise that there were people who did this – coaching and playing – before some of the people we know today.”

‘BHM has major significance at a time like this’

Celebrating stories like Pollard’s and others’ as part of Black History Month is more important than ever, according to Wyche.

“Not to say it is ever not important, but it seems like acknowledging some of the people of colour in this country seems to have taken on a significantly higher importance.

“We’re going through very polarising presidential elections and a season unlike any other, because of Covid and social unrest.

“This recognition, this honouring and this education regarding black people and people of colour in this country really does have major significance at a time like this.”