Home » NFL » Brian Flores adamant Tua Tagovailoa is Dolphins' QB: 'I don't know how much clearer I can be' 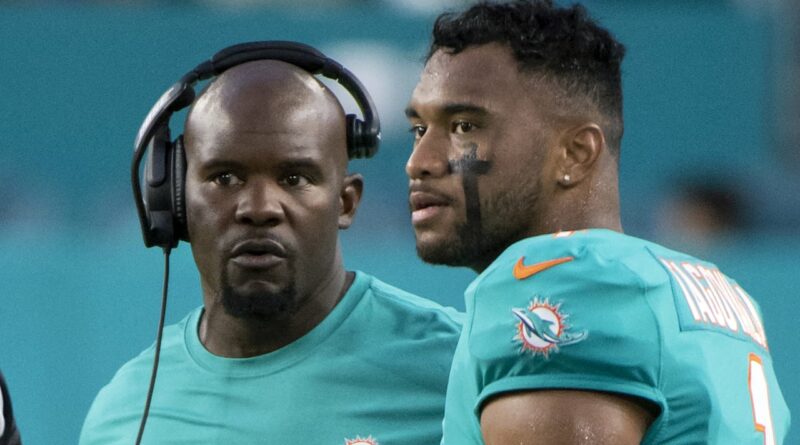 Rumors related to ﻿Deshaun Watson﻿ seem to be persistent in Miami, even with the start of the regular season a little over a week away, but they won’t sway Brian Flores.

The Dolphins coach was asked about such rumors Wednesday and remained staunch in his response: ﻿Tua Tagovailoa﻿ is their guy.

“Yes,” Flores said when asked if Tagovailoa is Miami’s Week 1 starter. “I don’t know how much clearer I can be. Tua is our quarterback. I can say it again.”

Flores is clearly annoyed by the constant questions regarding the position, ones that stretch back 18 months. These inquiries have evolved over time from asking about Miami’s preference for Tagovailoa in the draft, to Tagovailoa’s health status, to his bye-week elevation to starter, to his struggles, to his offseason work, and finally, to his future. With Watson’s situation far from resolved in Houston and much more than just football involved in an eventual outcome, a pairing isn’t exactly as simple as swinging a trade.

Yet, as rumors persist, so does uncertainty from an outsider’s perspective regarding Tagovailoa’s status. Hence, the questions.

While reporters are obliged to at least check in on the latest rumblings regarding proposed trades involving high-profile players, anyone following the Dolphins in the last year will know that Miami has already gone out of its way to do as much as possible to turn Tagovailoa into its franchise quarterback. The Dolphins spent the fifth-overall pick on him, allowed him necessary time to rehab from a significant hip injury suffered at Alabama, and used the bye week to promote him to the starting role, even when Miami was competitive with ﻿Ryan Fitzpatrick﻿ under center.

Tagovailoa is the guy because Miami wants him to be the guy — at least as of now.

He’ll be the starter in Week 1, and with no end to Watson’s legal matters in clear sight, it’s more likely than not that Tagovailoa will remain the guy for Miami through 2021, barring a complete on-field meltdown.

The rumors will continue to swirl for as long as Watson remains with the Texans, a team for which he refuses to play for, and for as long as his off-field issues remain unaddressed. Even if interested in Watson, the Dolphins can’t logically put even an ounce of hope in acquiring the QB at this point.

Instead, the Dolphins will roll with the guy they brought in with a first-round selection. They’ll hope he ends up proving worth the pick. 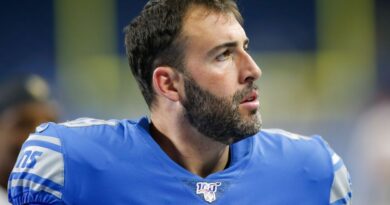