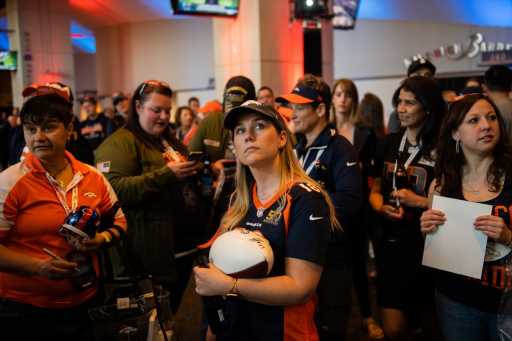 The Broncos are tentatively sitting in the No. 26 spot in the 2023 NFL draft after acquiring San Francisco’s first-round pick from Miami after trading away Bradley Chubb.

There’s a lot of areas the team could tackle, especially sitting at a 4-11 record entering Week 17.

Here’s a look at who national draftniks are thinking will land in Denver.

“This is a tough one. The defense is solid, Denver doesn’t really need another receiver, and Russell Wilson is locked in as the quarterback. I’d love to get the Broncos another offensive tackle, but there’s a decent drop-off in talent there after Broderick Jones. Gibbs is pretty intriguing, even for a three-win team. My 20th-ranked prospect, he’s elusive with burst in and out of cuts and is a very effective pass-catcher out of the backfield. Gibbs not only rushed for 850 yards so far this season but also caught 42 passes. He could make the sort of impact we see regularly from Alvin Kamara and Dalvin Cook. And while Javonte Williams will return after tearing his right knee’s ACL and LCL, it remains to be seen how effective he’ll be off that injury while entering the third season of his four-year rookie deal.” See the full mock draft (subscription).

“The Broncos have to do everything in their power to aid Russell Wilson. Hyatt is a deep-ball specialist. He’d help.” See the full mock draft.

“A physical specimen that embodies versatility, Simpson’s usefulness in multiple schemes and athletic traits may place him in the top half of the first round.” See the full mock draft.

“The Broncos are in all sorts of trouble. They fired their head coach after less than one season and are staring down the barrel of a struggling quarterback on a bad contract. At this point, the only chance they have to save the situation is getting the right coach this offseason. On top of that, upgrading the offensive line with a mauler like Torrence certainly wouldn’t hurt, either, as Dalton Risner is set to become a free agent.” See the full mock draft. 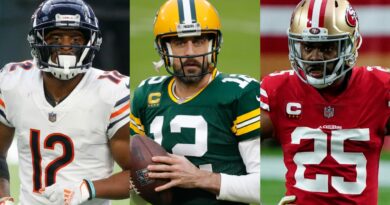 How to win with big-money NFL QB; what Seahawks MUST avoid