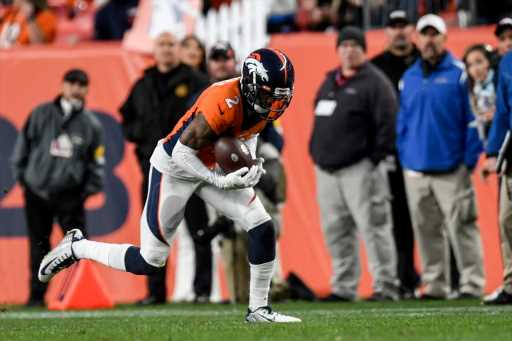 Davis ran right at Surtain before doing exactly that, quickly hooking inside to make the 11-yard catch. It was another early-season learning lesson for Surtain, the Broncos’ first-round pick and the capstone of general manager George Paton’s defensive makeover.

“Sometimes, I read plays and I would second-guess myself,” Surtain said in an interview with The Denver Post. “On those plays, I just have to trust what I see and trust my instincts.”

Eleven games into his NFL career, consider Surtain trusting of his preparation and process. He digs into video clips at home Monday night and throughout Tuesday. He takes notes and presents them to defensive backs coach Christian Parker. And he is reaching a new level of play at just the right time — with his team headed to AFC West nemesis Kansas City on Sunday night.

The commitment to analyzing every detail — miniscule (receiver’s alignment) and major (their go-to move on third down) — has allowed Surtain to be a quick NFL study. Give up a completion on a curl? Be ready to jump it the next time around. Know a speedy receiver likes to use a double move? Stay square and don’t get baited. Understand the back line of the end zone is the 12th defender? Play in front of the intended receiver to pounce on an underthrow.

“When you have a player who respects the game and understands, ‘I have to watch film, I have to do this in practice, I have to strain myself,’ you give yourself a chance to let your talent take over on game-day,” said Parker, the DBs coach.

Surtain’s talent took over in last week’s win over the Los Angeles Chargers when he intercepted quarterback Justin Herbert twice in the fourth quarter, the second takeaway going for a 70-yard touchdown.

The Broncos drafted Surtain — instead of a quarterback — for offenses like Kansas City and players like quarterback Patrick Mahomes, receiver Tyreek Hill and tight end Travis Kelce.

“Every team in the National Football League is talented on the perimeter,” Parker said. “But when you play a team that has a diverse skill set (like the Chiefs) and a quarterback like Mahomes, you need to have difference makers on the outside.”

The Broncos feel they have one in No. 2.

Surtain played the dime position (sixth defensive back) in the Broncos’ season opener, primarily assigned to New York Giants tight end Kyle Rudolph, but he missed a tackle on Sterling Shepard’s 36-yard touchdown. Ronald Darby’s hamstring injury late in the win shelved him for at least three games, thrusting Surtain into the starting left cornerback role … right where he belonged.

Surtain, who has started the last 10 games, has 37 tackles, 11 pass break-ups and three interceptions in 612 defensive snaps. Like any rookie playing any position in any sport, there have been ups (terrific interception at Jacksonville, no completions allowed at Dallas, the tour de force against the Chargers) and downs (two missed tackles at Pittsburgh, 36-yard touchdown allowed while in tight coverage against Philadelphia).

Coach Vic Fangio said Surtain “no doubt,” belongs in the chatter for NFL Defensive Rookie of the Year.

“He’s been playing good football for us all year,” Fangio said. “I don’t want to speak for (Paton), but I think I am — if we had to redo the draft right now and the same players were available at No. 9, (Surtain) would be the same pick.”

Said safety Justin Simmons: “There’s something special about the way Pat carries himself character-wise that you knew he would transition really well into the league.”

Surtain’s character and football intelligence were built growing up in Florida and receiving good genes and helpful hints from his father, Patrick, who played 163 NFL games over 11 years.

Pat II was eight years old when Patrick played his final season in 2008 for Kansas City.

“We talk about (football) because I always love to add tools to my game,” Pat said. “He’s been teaching me certain stuff my whole life. I’ll show him some of my tape and he’ll tell me things do better on this technique to help my game evolve and get better.”

“You can tell Pat has sought out to do things the right way to make his own name,” Parker said. “Certain things just make sense to him when you have a conversation. When you’re exposed to that as a player, you understand what it takes to be good. The preparation Monday-Saturday allows you to be successful on Sunday.”

On Mondays, Parker begins preparing the cut-up videos for the cornerbacks, who can watch them on a variety of devices. He calls them “target tapes.”

“I look at the top 3-4 threats and break it down by their alignment, situation and area on the field,” he said.

“Looking for different tendencies and tips that I can pick up on my own,” he said.

“He watches it on his own Monday and Tuesday and when he comes into the building on Wednesday and Thursday, he’ll have a sheet of notes for me on what he sees,” Parker said. “Before I actually get in front of the group and talk, we talk on an individual basis and he tells me what he’s seeing, I tell him what I see and how it applies to him on the left side of the field.”

Back to the Jets game. If that concept and route is run against Surtain now?

“It’s going the other way (for a Surtain touchdown),” Parker said. “I think it is common (for a rookie) to see things and sometimes, it’s too good to be true. The more you play, you realize it’s not and, ‘This is what I’m seeing and now I have to go take advantage of it.’”

Parker singled out a Surtain pass break-up against Cleveland in Week 7 as a sign of progress.

“We talked about seeing a certain look on third down and he broke up a post on Anthony Schwartz — he knew what was coming and he didn’t trip up on the double move,” Parker said.

Said Surtain: “I think the game is slowing down a little bit. I think I’m developing more of the mental part, being able to understand concepts. That was one of the things I needed to work on and it’s helping me now.”

Preparation met ability on Surtain’s first interception against the Chargers in the end zone.

“We talk about when they get that close, they run out of real estate so you can convert to the bottom half (of the end zone) and he slowed his tempo and was able to hop on the football,” Parker said. “Great awareness. Just the field and spatial awareness is something we talk about a lot — you’re not going to play that route the same if you’re on the 40-yard line.”

On his second interception, Surtain saw running back Austin Ekeler run to the right flat and Parker said he “zoned off to make the tackle on third down — the ball was (deflected) and he took it to the crib.”

If Surtain can make it consecutive games with a takeaway, the Broncos’ chances of ending an 11-game losing streak to Kansas City will increase. He spent the week studying the aforementioned Hill and Kelce and receivers Mecole Hardman and Demarcus Robinson. The Chiefs don’t care who is playing cornerback — they run their stuff and challenge every defender on the field.

And yes, they are exactly why Surtain is a Bronco.

“I embrace this a lot,” he said. “We’ve lost to them for a few years now and I understand the anticipation for this game. It’s a marquee match-up in our division. Games like this, you have to step up.”

Barnwell: Ranking the 10 most unlikely Super Bowl teams ever 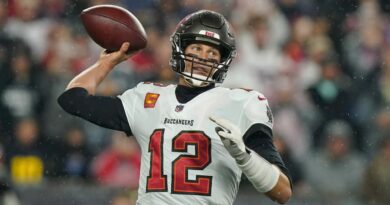