Home » NFL » Broncos’ initial 53-man roster projection: A look at how Denver will shape out 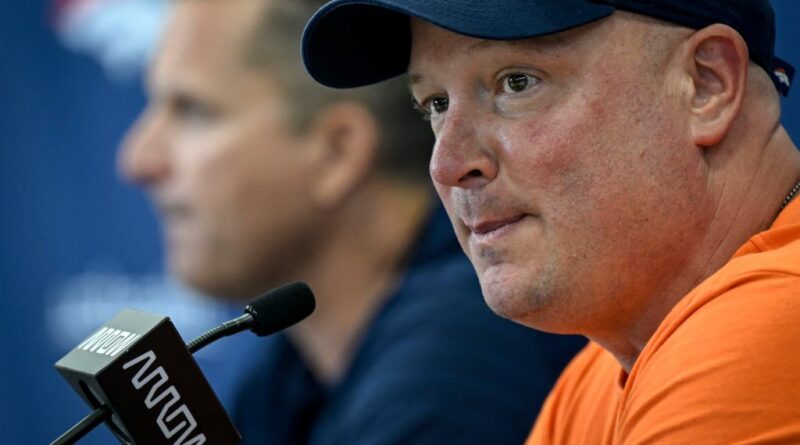 Last August, training camp for the Broncos was all about picking a starting quarterback and using the preseason to build up to a fast start after going 0-for-September the previous two years.

This August? Call it “The Camp About Nothing.”

Less than a half-dozen potential Week 1 starters have played, the Broncos have participated in only one joint practice session and entering Saturday night’s preseason finale against the Minnesota Vikings, they may have had only one starting position (right tackle) open for competition.

General manager George Paton, coach Nathaniel Hackett and their staffs will dig in Sunday morning on setting the initial 53-man roster, which is due to the NFL office by 2 p.m. Tuesday.

The major questions: Five or six receivers? Four or five tight ends? Nine or 10 offensive linemen? Rookies like Matt Henningsen and Dellarin Turner-Yell? Or veterans like McTelvin Agim or J.R. Reed? And multiple injury questions that could impact the roster math.

Some back-of-the-roster decisions were complicated by the reserves’ shoddy performance in a 42-15 loss at Buffalo, which led to deep internal discussions among the position groups this week.

“The No. 1 (thing) is just to see how fast they can play with the plan that we’ve been practicing the last couple days,” offensive coordinator Justin Outten said after practice Thursday. “They’re hungry and ready to rock. The preparation has been awesome. They had extra meeting time this week. We (worked) a lot toward the back end of practice as well.”

The key factor in, say, roster spots Nos. 46-53 will be special teams value. Coordinator Dwayne Stukes gets a say at the table. He has his returner (most likely) in rookie fifth-round pick Montrell Washington, but would ideally get a few selections to be four-unit contributors.

“I don’t know how much of a voice I’ll have, but I am going to express my opinion,” Stukes said. “If we want to get to being one of the elite (special teams) units in the NFL, we need to keep quality guys around who can play at a high level. I’m going to tell (Paton) my opinion. I’m going to tell Coach Hackett my opinion. Hopefully (I) have some influence on some of those back-end roster guys, but I can’t promise you that.”

Accounting for experience and special teams value, here is a final projection on how the Broncos’ roster will look Tuesday:

The Broncos should explore the waiver wire Tuesday-Wednesday for a backup quarterback, but they seem to be fine with Johnson, who has one regular season win since entering the NFL in 2008. Brett Rypien heads to the practice squad (if he chooses).

The only talking point at this position group is how Hackett will split the carries and receptions between Williams and Gordon.

A tough cut was not making room for Andrew Beck, who played fullback and tight end during the first two preseason games. Beck could squeeze onto the roster (at the expense of another position) if the Broncos feel Dulcich (hamstring) won’t be ready and heads to injured reserve for Weeks 1-4. It will be interesting to see Saubert’s role in the passing game because he was certainly visible during camp.

The math becomes tricky at receiver. If the Broncos feel Cleveland (out since Aug. 1 with a throat injury) is valuable enough on special teams, they will keep him on the 53-man roster for a day and put him on injured reserve to continue his recovery. We gave Hinton the nod over the group of Seth Williams, Brandon Johnson and Jalen Virgil because Hinton has more experience. Johnson and Williams would be our practice squad picks.

The expectation is Muti (knee surgery earlier this month) heads to injured reserve Wednesday, which frees up an offensive line spot for a likely tackle (Cam Fleming released and then re-signed?). If the Broncos want to add next week, Wattenberg could go through waivers and be signed to the practice squad.

Every defensive line coach wants a two-platoon and Marcus Dixon gets that with D.J./Dre’Mont Jones and Williams as the first unit and Uwazurike, Purcell and Agim as the second unit. Rookie Matt Henningsen doesn’t make the 53, but will be a good practice squad addition.

Does anybody think the Broncos will make a trade at this position? Reed is on an expiring contract and could net a sixth-round pick, which would also allow them to keep Jonathon Cooper. That Gregory returned to team work during the week was encouraging and makes this the deepest position on the team.

The Broncos received good news when Griffith, who sustained a dislocated left elbow on Aug. 13, began doing side-field work last week and Hackett expressed optimism about his Week 1 availability. That will allow them to keep just the four inside backers. Joe Schobert was released Tuesday and Barrington Wade waived/injured Thursday. Singleton and Strnad beat out rookie Kana’I Mauga for the backup spots.

Ojemudia’s dislocated elbow complicates the math. He wasn’t playing that well in practice or preseason while filling in for Darby (chest injury). If on the roster, he should go to injured reserve for four weeks. The Broncos lack depth behind the top three of Surtain, Darby and Williams, so this would be a position we expect to be addressed Wednesday.

The special teams ability of Sterns and Locke makes veteran J.R. Reed expendable, so the Broncos can keep Turner-Yell on the 53-man roster. Reed could be another player brought back Wednesday if the Broncos put Ojemudia on injured reserve.

The Broncos could create $2.25 million in cap space if they cut Martin and keep Corliss Waitman. But Waitman hasn’t outshined Martin during their camp punts. 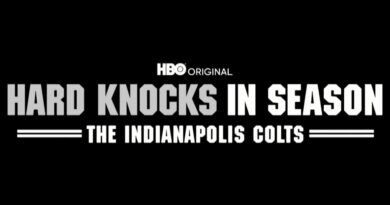