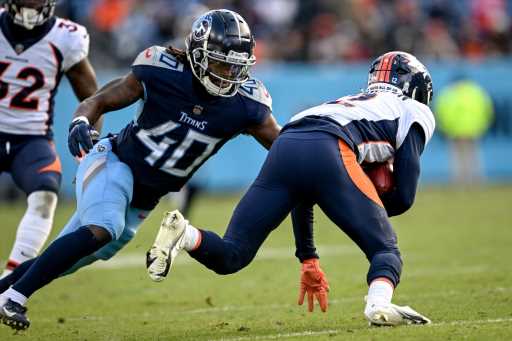 Las Vegas challenged Denver by kicking the ball short and making rookie Montrell Washington return it rather than settling for touchbacks. The result? Three returns that came up short of the 20-yard line.

Washington hampered one by dropping the ball, but on the other two he had nowhere to go and was swallowed up quickly.

“It makes me freakin’ sick to my stomach to get challenged by another team or another individual — challenged on the football field — we’ve got to take pride in that,” Stukes said. “There’s no way me as a coach, and I have to relive it over and over again because I watch the film several times to see how we can improve, the guys have to do a better job blocking for him.”

“I told those guys in the meeting, and forgive me for saying this, I told them, ‘(Visualize) whoever you love the most back there.’ Whether it’s your mom, your parent, whoever it is. Block like it’s your parent back there returning the ball. If you can’t get the job done for Montrell, visualize somebody who you feel like it’s very important to you and protect them.

“At the end of the day, if there’s a double-team, we have to get that block done. There is no way you can spend two guys to block one and still miss a block. That’s inexcusable.”

“Right now observing,” Hackett said of sitting in on the meetings. “I just want to see everybody work and see everything, from defense to offense to special teams.”

Said Stukes, “I loved him our meetings, actually. I would have preferred him to be in our meetings from Day 1, but I understand his role and his job title and what he had to do. Just having that support in there, the guys see the emphasis of special teams and guys see the importance of it and it takes it that much higher.”

Thanksgiving plans: Denver’s player off day this week is Thursday rather than the normal Tuesday so that players and coaches are able to spend a little extra time at home on Thanksgiving. Many of them will spend it together and it’s also rookie parents’ week.

“A lot of guys are setting it up with their positions,” Hackett said. “I think that’s so important and it’s great that the (rookies’) parents are here. It’s a different change from college to the NFL, so what our organization does to acclimate those parents and have them part of it is a great thing.” 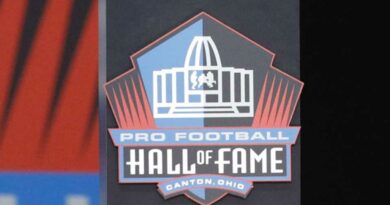 Alabama, Arkansas State athletes are the latest to test positive for COVID-19

Broncos Briefs: Courtland Sutton will miss Friday’s practice, but could do limited work on Saturday – The Denver Post