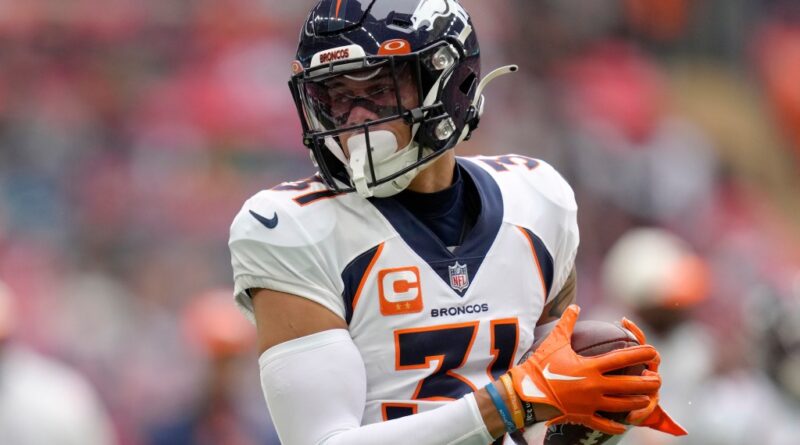 Justin Simmons and the Denver defense got a stark reminder of the business side of the NFL last week when outside linebacker Bradley Chubb was traded to Miami in exchange for a package including a 2023 first-round draft pick and running back Chase Edmonds.

“You get so caught up in playing with guys for a few years that you tend to forget those types of things can happen,” Simmons said Monday. “Chubb meant so much to us as a defense, but even bigger than that, just the brotherhood, the bond that he built, watching him grow as a leader over his career, the adversity he had to go through, fighting back from injury and making a Pro Bowl. … I couldn’t be more thankful for the time I got with him as a teammate and we’re always going to be tied in. That’s going to be my brother for life. …

“Obviously it hurts seeing a guy like that go, but it felt so much better the next day waking up to see him sign that big contract because he’s so deserving of it.”

Chubb signed a five-year extension worth about $110 million with the Dolphins after the trade. Simmons, meanwhile, said that although Chubb’s departure is a loss both in talent and leadership, the Broncos’ talented defense took the news mostly in stride.

“It hurts the locker room because you build a relationship, but at the same time guys understand,” Simmons said. “Guys weren’t coming in upset, feeling like the season’s over. None of that even crossed their minds. That wasn’t even mentioned. The fact of the matter is that, hey, it’s part of the league. It’s unfortunate, but we have all the guys capable of still winning in this room and it’s time to buy in and lock into that.”

Cushenberry out: Denver starting center Lloyd Cushenberry is “going to miss some time,” Hackett reiterated Monday, and veteran Graham Glasgow is likely to start in the middle at Tennessee on Sunday.

Cushenberry suffered a groin injury against Jacksonville in London and will miss games despite getting the bye week off. Hackett on Monday lauded the work Glasgow did at center after Cushenberry’s injury.

“Graham really did a nice job,” Hackett said. “I give Graham so much credit this whole season, all the way back to that first game against Seattle when he had to jump in and play guard. He’s played guard, now he’s played center, so he’s been all over the place and he hasn’t skipped a beat. It’s been good to get him going at center.”

Other injury updates: Outside linebacker Baron Browning (hip) and tackle Cam Fleming (quad) were not present during the portion of Monday’s practice open to the media and Hackett described both as “day-to-day.”

Fleming, Hackett said, is “ahead of schedule.”

WATCH: The Citadel calls its shot against No. 1 Alabama in uniform hype video