Home » NFL » Broncos, Teddy Bridgewater had QB scare after Drew Locks positive COVID test: We thought it might be Kendall Hinton, the sequel 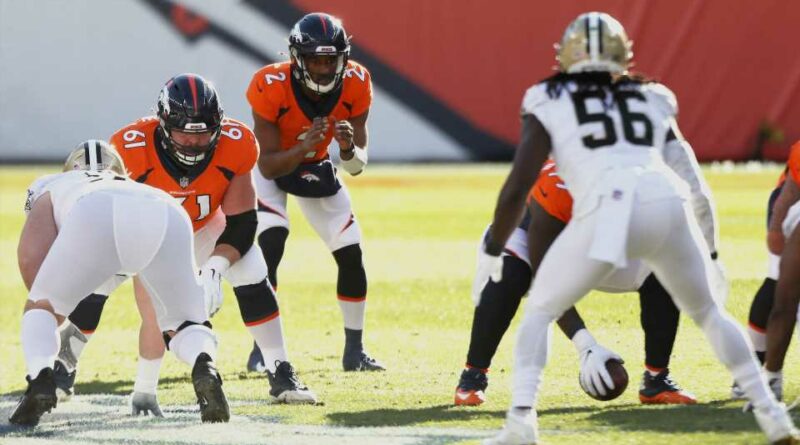 The Broncos suffered a scare just ahead of their blowout 30-16 win over the Cowboys in Week 9. On Sunday morning, backup quarterback Drew Lock tested positive for COVID-19. And for a moment, it looked like starter Teddy Bridgewater might have as well.

The Denver Post reports that both Lock and Bridgewater are vaccinated against COVID, but Lock’s positive test ruled him out for Sunday’s game in Dallas. Had Bridgewater not been vaccinated or tested positive for the virus, he would have been ineligible to play. So, it was a close call for the Broncos.

Bridgewater was tested for COVID before the game on Sunday morning. There was an “error” within his results, so he had to get retested.

“They tested me (Sunday) morning and there was an error so I had to wait for results to come back,” Bridgewater said, per The Denver Post. “I didn’t have to get swabbed again.”

Bridgewater’s test ended up being negative. However, if it hadn’t been, the Broncos would have been shorthanded at quarterback.

“We had a scare in the morning,” coach Vic Fangio said. “We thought it might be Kendall Hinton, the sequel.”

Hinton, of course, started a game for the Broncos last season after all of the team’s quarterbacks were ruled out after violating COVID protocols. He played quarterback in college but has since transitioned to receiver at the NFL level.

Hinton’s one start wasn’t pretty. He completed just 1 of 9 passes for 13 yards and two interceptions as the emergency starter.

That said, the Broncos may not have had to trust him again, as they have a third quarterback on their roster. If Bridgewater had been ruled inactive, Brett Rypien would have started the game. Rypien appeared in three games for the Broncos last year and made one start. He completed 67.5 percent of his passes for 295 yards, two touchdowns and four interceptions.

Starting Rypien may not have been ideal, but it would have been a better option than turning to Hinton again. Of course, it’s worth noting that Hinton would have been Rypien’s backup, so the Broncos would be one injury away from a nightmare scenario.

Fangio acknowledged he was “nervous” about the possibility of Hinton seeing action at quarterback, but ultimately, he knew there was nothing he could do about it.

“I’ve gotten better over the years,” Fangio said. “In fact, I’ve gotten really good when things I have no control over (happen); I don’t sweat it.”

Denver was able to dodge that potential mess and played its best game of the season in a rout of Dallas. They’re now sitting at 5-4 on the season and are just a half-game back of the Raiders and Chargers for first place in the AFC West.

Jimmy Johnson’s advice for Urban Meyer transitioning to the NFL 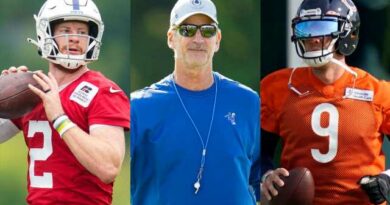