Home » NFL » Broncos' Vic Fangio rips Ravens' last play: 'I thought it was (expletive), but I expected that from them' 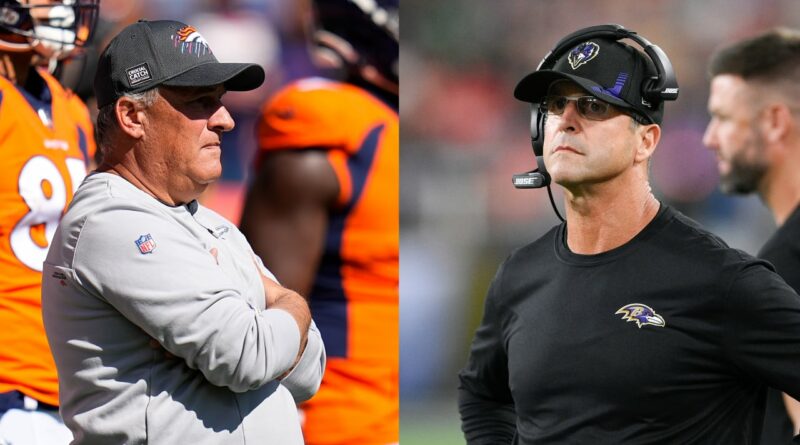 Asked Monday about the final play, in which the Ravens called a run to get over 100 yards rushing and tie the NFL record with 43 consecutive games reaching the century mark, Fangio didn’t hold back.

“I thought it was bull—-, but I expected that from them,” the blunt coach said. “In 37 years of pro ball, I’ve never seen anything like that. But it was to be expected, and we expected it.”

Fangio spent four seasons with Baltimore from 2006-2009, first as a defensive assistant and the final year as a linebackers coach. The last two seasons with the Ravens came under John Harbaugh. In 2010, Fangio moved to Stanford to work under Jim Harbaugh.

The 63-year-old coach cited player safety as one reason he took offense to the Ravens not kneeling out the clock.

“Because I just know how they operate,” Fangio responded when asked why he expected the Ravens to run a play. “That’s just their mode of operation there. Player safety is secondary.”

That’s quite an accusation Fangio leveled on Harbaugh.

Of course, it should be noted that the Broncos were calling timeouts with less than 30 seconds left and trying to score a garbage-time TD, including a pass that was intercepted with three seconds left, giving the Ravens a chance to run their final play.

Harbaugh seemed to know after the game his decision to not kneel on the final play would bring blowback from his counterpart, saying after the game it was “100 percent my call.”

Not every Bronco was as peeved by the Ravens’ decision.

Defensive back ﻿Kareem Jackson﻿ was more annoyed with the plays the defense didn’t make during the course of the game rather than focusing on the final play.

“Honestly, I don’t give a s— about that last play. More so care about the plays throughout the game,” Jackson said. “It’s our job to stop them. They ran it to get their 100 yards or whatever they was trying to do. But as a whole defense, I feel like we didn’t play up to the standard that we’ve set for ourselves. We’ve got to execute, even on that last play. So it is what it is. … As a whole, we’ve got to be better.”