Jeudy, who spent Thursday night in jail prior to his Friday morning court appearance, did not submit a plea and is next due in court on May 31.

Arapahoe County (Colo.) Court judge Chantel Contiguglia said that there was no threat of physical violence, but did find probable cause on the charge of criminal tampering with a domestic violence enhancer, per 9News.

The incident involved the mother of Jeudy’s 1-month-old daughter and there was no physical contact involved, Arapahoe County Sheriff Tyler Brown said in a Thursday news conference. The incident solely involved property and Jeudy was cooperative when taken into custody, Brown said.

The alleged victim said Friday that she called 911 during the incident in hopes that police would monitor the situation, however, not arrest Jeudy, per 9News.

An NFL spokesperson said Jeudy’s situation is being reviewed under the league’s personal-conduct policy, per NFL Network’s Tom Pelissero.

Second-degree criminal tampering in Colorado means tampering with another person’s property “with intent to cause injury, inconvenience, or annoyance.” The domestic violence enhancer is based on Jeudy’s relationship with the accuser.

“We are aware of the matter involving Jerry Jeudy and are in the process of gathering more information,” the Broncos said in a statement on Thursday.

Jeudy, a 15th overall pick of the Broncos in 2020, has played in 26 games over his first two years in the league, totaling 90 catches for 1,323 yards and three touchdowns. 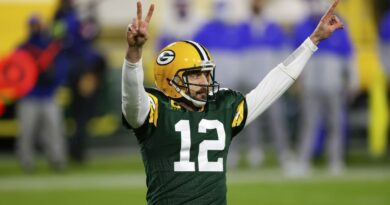 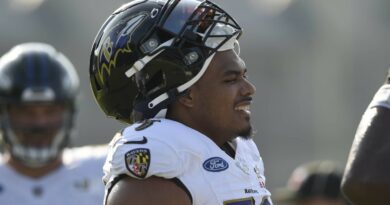 Ravens LT Ronnie Stanley plans to be 'full-go' for Week 1 vs. Raiders