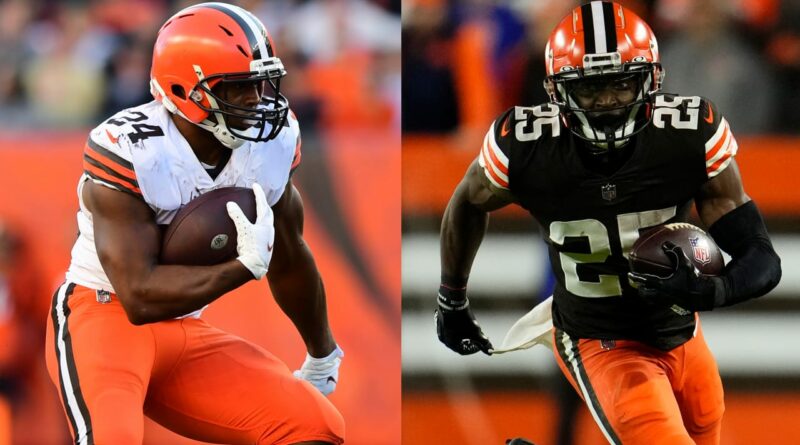 Nick Chubb will be back in action this weekend.

On Friday, the star running back was officially activated off the reserve/COVID-19 list, clearing him to play in Sunday’s game against the winless Detroit Lions.

The club also activated pass-catching back Demetric Felton off the COVID-19 list. The two vaccinated RBs tested positive last week, forcing them to miss the Week 10 loss to the New England Patriots.

Reserve back John Kelly was activated on Thursday.

Getting Chubb back will be a big boon to the Browns’ offense, which put up just seven points last week against New England sans the star.

Chubb is the motor of the Cleveland offense. D’Ernest Johnson filled in well, putting up 157 scrimmage yards — the only Browns skill player with more than 26 yards on the day — but it’s a different offense with Chubb in the lineup.

The bulldozing back can hit a crease and turn a would-be 4-yard gain into a 30-yard gash. It’s the type of big-play ability the Browns offense lacked last week after the opening drive of the game. The Browns are 1-2 this season in games Chubb has missed. Despite sitting out three games, the RB has still generated the third-most rushing yards in the NFL (721).

The Browns have averaged 154.1 rush yards per game this season (2nd in NFL). The Lions have allowed the third-most rush YPG this season (135.7) and given up 100-plus rush yards in seven out of nine games — the Steelers had 145 rush yards against Detroit in Week 10.

Tyreek Hill’s timeline of trouble: From a domestic violence arrest in college to child abuse investigation with Chiefs